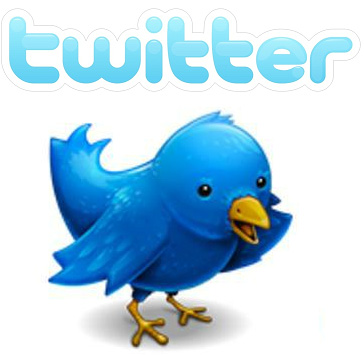 Yahoo Inc. is jumping on the Twitter bandwagon in its latest attempt to get people to use its Internet search engine more frequently.

Beginning Thursday, Yahoo will mine the short messages posted on Twitter to find fresher information about hot topics.

Microsoft Corp. and Google Inc. had earlier announced plans to incorporate Twitter messages into search results, but Yahoo said it will be the first among them to include such “tweets” on its main search results.

The addition comes at a pivotal time for Yahoo. The company, based in Sunnyvale, Calif., is bogged down in a three-year financial slump partly because it has losing ground in the lucrative Internet search market to Google and, to a lesser extent, Microsoft.

The Twitter twist is the latest sign of Yahoo’s resolve to spice up its search results even as it prepares to lean on Microsoft for most of the technology powering its search engine. That transition is scheduled to begin next year.

Microsoft so far is listing Twitter results in a special section of its search engine, Bing.

Google, the Internet’s search leader, also plans to include Twitter’s chatter in its search results, but has yet to say when that change will occur or how it will do it.

Yahoo is relying on Twitter to highlight the latest news about specific subjects. When a user enters a search request tied to breaking news, Yahoo will top the results page with four tabs — one for direct links to news sites, one for photos, one for video and one dedicated to Twitter.

Clicking on a Twitter tab will show news links posted by Twitter users. Some of the links will be drawn from Twitter accounts set up by the news media, such as CNN and The Associated Press, while others will be pulled from people pointing out a story they find interesting.

Yahoo is relying on its own algorithms to identify the tweets containing the most relevant information. Twitter’s own search engine, by contrast, shows results in chronological order and doesn’t focus exclusively on posts containing news links.

This probably won’t be Yahoo’s only foray into “real-time” search — a term used for indexes consisting of the freshest information posted on the Web. Yahoo also is experimenting with data from several other real-time search services, such as OneRiot.

Twitter isn’t being paid any money for access to its posts because Yahoo is relying on free tools to get them, said Larry Cornett, Yahoo’s vice president of consumer products.

Microsoft and Google haven’t said how much they are paying Twitter in their respective deals.

Twitter, based in San Francisco, has generated little revenue since its 2006 inception, yet private investors recently estimated the startup’s market value at about $1 billion.

The lofty appraisal stems from Twitter’s rapid growth. Nearly 60 million people worldwide now use the service to share their thoughts in 140 characters or less, according to comScore Inc. At the end of last year, 4 million people were regularly using Twitter.

As its reach has extended, Twitter has turned into a prized resource for search engines trying to monitor what people are talking about.

Other Internet companies such as LinkedIn Corp. are latching on to Twitter in other ways. LinkedIn, which runs a Web site for business networking, recently began letting users to simultaneously update their posts on Twitter and LinkedIn.

Although its Web site remains among the most visited on the Internet, Yahoo has been hurt by more trendy hangouts such as Facebook that are luring away Web surfers and advertisers.

Yahoo also has been struggling in Internet search. Its engine remains the Web’s second most popular behind Google’s, but its share has been shrinking for years and now it appears some users may be defecting to Bing, which Microsoft has been promoting heavily since its June debut.