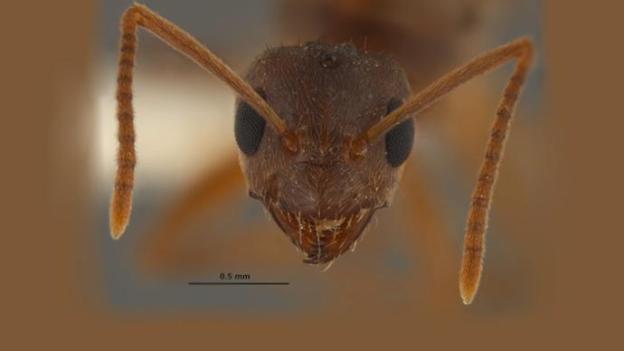 Just when we thought we were well-prepared for the cicada swarmageddon and made it through with safe passing, we’ve got another piece of nature to worry about. Researchers have identified a growing epidemic of “crazy ants” that have invaded the Gulf Coast of the U.S. – and unlike cicadas, they’re here to actually ruin you and your gadgets’ lives.

The tawny crazy ant, previously known as raspberry crazy ant, is a strange breed of insect that are attracted to electrical wiring. The species is immune to pesticides, and have reportedly caused up to $146.5 million in damage to iPhones, laptops, television cables, and other electronics just one year in the state of Texas. Since their arrival back in the U.S. in 2002, the ants have made their way around southeast America, and are currently active in Florida, Mississippi, and Louisiana, thanks to humans unwittingly transporting them around via RVs, laptops, and other portable gadgets. And no, unlike cicadas, you can’t snatch them up and eat them. Their stings won’t hurt, but the bite will drive wildlife away, causing a disruption in the ecosystem.

Due to their size, the ants can make it into the cracks of even the smallest gadgets and chew up the wiring, permanently damaging your gear. Even if they get electrocuted in the process, the carcasses pose continued issues. Upon death, the ants will start gaster flagging, or wave their abdomens in the air to emit pheromones that attract other ants to the scene. Additionally, ant carcasses can clog up your electrical switches or devices, causing gadgets to short-circuit, frying the system.

The crazy ants epidemic doesn’t just hurt humans; these omnivores are also reportedly displacing local fire ants and monopolizing on their cousin’s food resources as well. “Fire ants are in many ways very polite. They live in your yard. They form mounds and stay there, and they only interact with you if you step on their mound,” University of Texas, Austin research associate Edward LeBrun said. This particular species of ants got its “crazy” name due to their erratic movement behavior that makes it hard for people to trace their trails.

Crazy ants are anticipated to continue marching north, though they only advance around 650 feet a year when transported via land. To help slow the invasion, travelers are advised to check their luggage and clothes before flying to not take these ants in longer distances. The suggestion stops just short of shrink wrapping your life belongings to help block the ants from travelling deeper in the U.S. than they have already.

Suddenly, the song of the giant cicadas doesn’t sound so bad anymore.

This Jackary solar generator is a steal at $210 for Prime Day
Implantable payment chips: The future, or cyberpunk pipe dream?
Analog A.I.? It sounds crazy, but it might be the future
How 5G is changing journalism
K-pop NFTs are here, but I’m not convinced they’re worth it
Solving VR’s ‘infinite walking’ problem with moon boots
Fighting football injuries with 3D-printed, hyper-personalized pads
Inside the U.K. lab that connects brains to quantum computers
ClipDart is an on-demand barber app aimed at people of color
Why the moon needs a space traffic control system
10 female inventors who changed the world forever
The most influential women in tech history
Finishing touch: How scientists are giving robots humanlike tactile senses