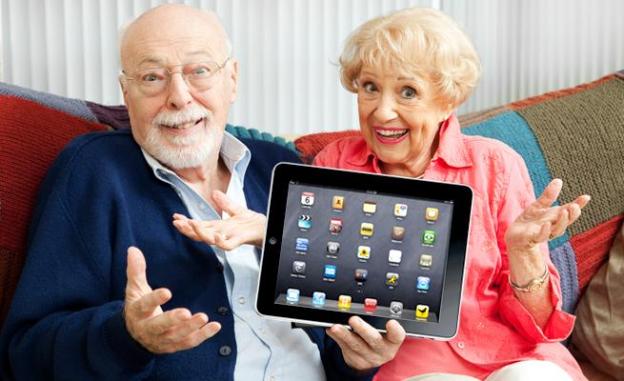 My father-in-law called me one day, asking for my help in downloading some music for the new MP3 player he just bought at a garage sale. “I think I remember how to do that,” I replied.

The honest truth is that I hadn’t downloaded music in more than a year. I haven’t even owned an MP3 player in more than five years, and when I did it was the sweet U2 version of the iPod, which was still more advanced than the 256MB RCA player he had just acquired.

His current phone is some sort of Samsung flip phone that roughly resembles the phone I had to carry around with that U2 iPod five years ago. Therein lies the problem: Technology now moves faster than we can reasonably expect everyone to keep up.

Younger generations have been moving the goalposts for our parents and grandparents when it comes to music. They had just started to understand that they needed to adopt these new shiny records called CDs when we changed the game, making CDs obsolete. You just needed a little device called an MP3 player and Internet access to download music. My father-in-law just got that memo, but he’s already too late. If I tried to explain Spotify to him, he might pass out.

He will never own a smartphone because it’s just too complicated for him. In his generation, he’s not alone. In fact, he’s in the overwhelming majority. And that majority will be shut out of consuming music, taking and sharing pictures and videos, and connecting online with people within the next decade. The tools that these people use to do those tasks are already obsolete, or will be made so soon. Just ask Best Buy, which is also growing more obsolete every quarter.

When it comes to smartphones, we didn’t simply move the goalposts for these people. We moved the stadium. And forgot to tell them where it is. And raised ticket prices.

For whatever reason, it seems younger people have more time to spend on learning new technologies than retired or semi-retired people. Of course, the learning gap isn’t too great between iTunes and Spotify, for example. People like me can change from iPhones to Androids on a whim because most of the terminology is the same.

But these older folks lack the base-line understanding that people of my age (early 30s) received somewhere around the time of Napster. If you missed that “Intro to Gadgetry” class back in the late 1990’s, your learning slope might be too steep to compensate. So when it comes to smartphones, they’ve simply given up. For 80 percent of their lives, phones were used exclusively to make calls. For more than half their lives, phones were attached to the wall. Now they go everywhere and do anything, if you have the prerequisite skills.

When I speak of my father-in-law’s generation, I’m not talking about elderly people. Elderly people expect to be shut out of waves of technology. It’s part of being old. But my father-in-law is only in his 60s and is making a valiant attempt at staying relevant technologically. He uses e-mail and Skype and is quite handy with the digital camera we got him for Christmas a couple of years ago. But the jump from the flip phone he wears around his neck like a mid-90’s drug dealer to even a basic Android phone will simply be too great. He will be left behind, technologically speaking, with decades left to live.

The solution, as I see it, is actually quite simple: Help them out.

Get your oldster an iPad and spend an afternoon showing them how to use it. They can write emails, Skype, take pictures and video, browse Facebook, and lots of other tasks that they probably already do, or want to. The only thing they can’t do is make traditional phone calls. Even Android-heads can admit is that iOS is very simple to learn, and the iPad is also bigger than many competing tablets, so they can see it more easily and feel more confident in tapping with their fingers. It can also make gateway to a more complicated phone of their choosing.

I don’t think it’s an understatement to say this might be the second-most crucial issue in technology, after the traditional digital divide created by poverty. People with a lot of gas left in the tank risk being shut out of our society’s tech-saturated way of life. It’s a disservice to our parents to allow that to happen.

Ossia shows off wireless power transmitter with 30-foot range at CES 2020
We tested over 1,000 products in 2019. These are the best.
Samsung trademarks ‘Hideaway Hinge’ — a clue to next-gen foldable
Your Alexa speaker can be hacked with malicious audio tracks. And lasers.
Three things the Microsoft Surface Duo 2 needs to succeed
Why are so few people actually using 5G in the U.S.? Here’s what the experts say
5G-enabled billboard in Times Square briefly brings interactive game to masses
Sustainable with Google 2021: Nest Renew, traffic light efficiency, and more
The 20 most outrageous and fantastic James Bond gadgets of all time
AirPods 3 could finally debut at Apple’s Unleashed event on October 18
Scientists think the next big solar storm could create an ‘internet apocalypse’
Need a last-minute Halloween costume? Check out these 3D-printable getups
Siduri Wines blends wine and tech in the ultimate sweepstakes experience