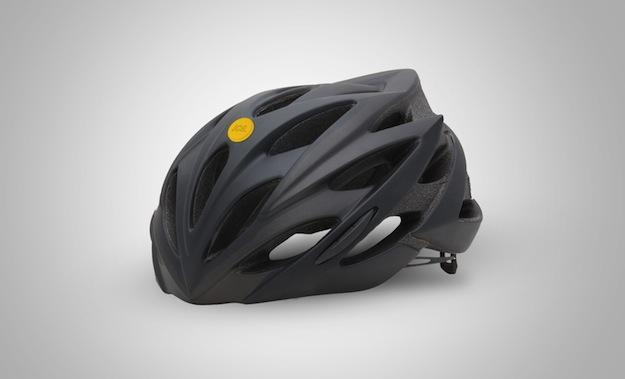 Last week Anthony Margrave took his new motorbike out for a spin near his home in Yorkshire, England. But he didn’t come home.

His girlfriend raised the alarm and the emergency services went out looking for him, but after two long days of searching they failed to locate either Margrave or his bike.

Then, three days after going missing, a small amount of motorbike debris was found on a country road. After a thorough search of the nearby area, police discovered Margrave at the bottom of a 180cm-deep roadside ditch. Incredibly, the 40-year-old Brit was still alive, though badly injured. Unable to reach his phone due to his injuries, he had only been able to call out, but being in such a remote area, nobody heard him.

Margrave is currently recovering in hospital, surrounded by family and friends who’d been starting to wonder if they’d ever see him again.

This miracle story ties in nicely with news of the creation of a helmet-based crash sensor – something which Margrave may well consider getting, should he ever climb back on a bike.

Made by a company based in Oklahoma, the small ICEdot device, which attaches to any helmet, is capable of detecting an impact suffered by its wearer. Communicating with the ICEdot app on the user’s smartphone, a message is then sent out to a family member or friend informing them of the incident, together with GPS data pinpointing their location. Such a device would be ideal for cyclists, motorcyclists, horse riders, skiers….you get the idea.

A countdown clock starts upon impact, giving the user time to cancel sending the message should the incident not require an emergency response.

ICEdot partnered with Colorado-based SenseTech LLC to create the product. Dr. Tim Bauer of SenseTech built an early version of the sensor following a cycling accident where he banged his head. “ICEdot goes into action when an individual cannot,” he said.

The device is making its debut this week at the Interbike trade show in Las Vegas and is expected to cost around $200 when it hits the market next year.

5G is enhancing the fan experience at the Big East Men’s Basketball Tournament
17 Black inventors who changed the tech world
Audience Choice Awards: Top Tech of CES 2021
Digital Trends Tech For Change CES 2021 Awards
The best light therapy lamps
CES 2022: The biggest news and announcements so far
Taco Bell’s Xbox Game Pass-style pass will put a taco in your belly daily for $10 a month
The weirdest tech we spotted at CES 2022
K-pop NFTs are here, but I’m not convinced they’re worth it
Solving VR’s ‘infinite walking’ problem with moon boots
Fighting football injuries with 3D-printed, hyper-personalized pads
Inside the U.K. lab that connects brains to quantum computers
ClipDart is an on-demand barber app aimed at people of color