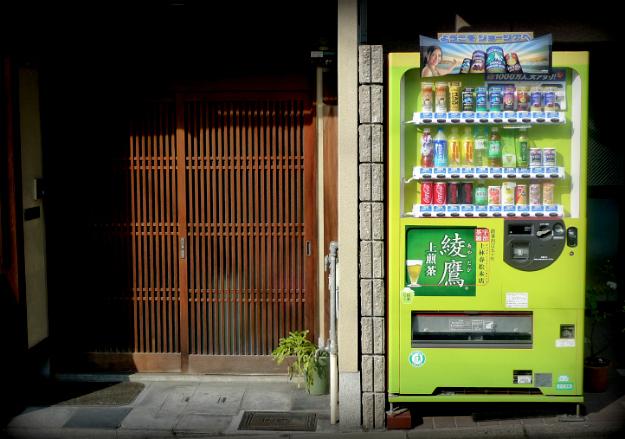 The new machines are being introduced in Japan by drinks company Asahi over the next 12 months, with plans for more in the coming years. The Wi-Fi signal from the machines should cover a distance of around 50 meters and will be available for free. Users won’t even have to buy something from the machine to get onto the network.

The signal will be available for 30 minutes before it cuts out, though in the oppressively hot and humid Japanese summers it’s unlikely anyone will be hanging around outside for that long. Asahi will be hoping they might even buy a cold drink when they’re done.

The drinks company, which currently has around a quarter of a million vending machines stationed around Japan, will initially set up 1,000 of the Wi-Fi-enabled machines in major conurbations across the country, with the aim of having some 10,000 machines up and running by 2017.

Whereas in the US free Wi-Fi can be found in the majority of restaurants, cafes and hotels, it may come as a surprise to some that in a tech-loving country like Japan such a service is still rare – and unless that changes, we might soon begin seeing large crowds of people huddled around vending machines doing something besides buying drinks from it.

Pizza vending machines are coming, and they’re perfect for the pandemic era