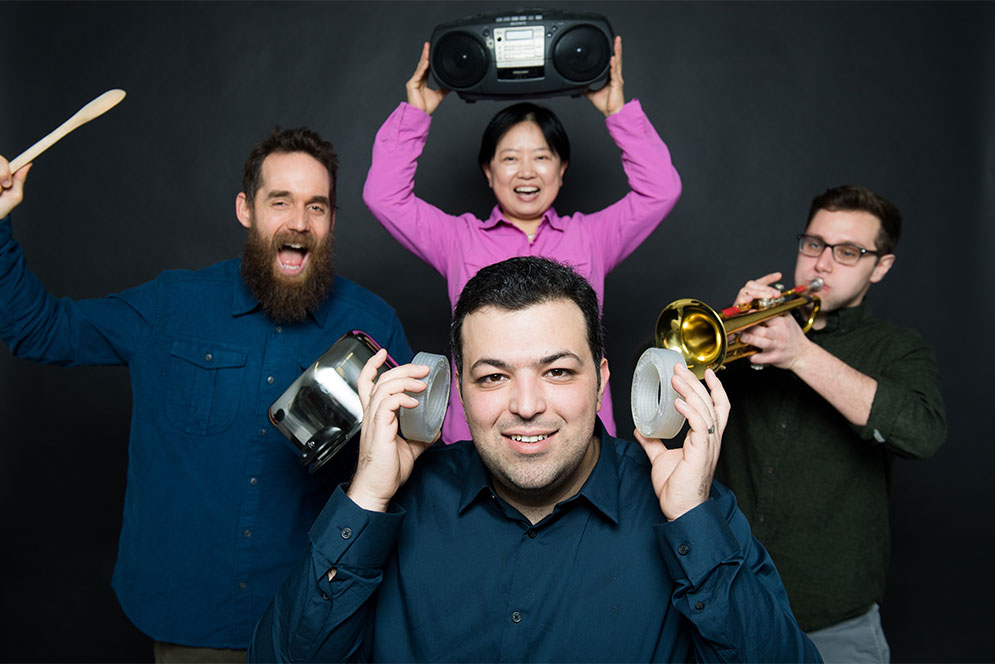 We live in a loud world. Car engines, cellphones, pop music piped through grocery-store speakers — it can seem impossible to escape all the noise. Silence is a luxury.

But a new shape discovered by researchers at Boston University could help bring peace and quiet to our lives. Well, at least some quiet.

Called an “acoustic metamaterial,” the shape was developed based on a mathematically modeled design that enables it to cancel up to 94 percent of sound by reflecting certain frequencies back to their source.

“Acoustics is a very old field of research with a very rich history,” Reza Ghaffarivardavagh, a BU mechanical engineer who worked on the project, told Digital Trends. “The advent of new fabrication technologies and advancement in computational tools have helped us better understand and utilize the interaction of acoustic waves with complicated solid objects.”

Most sound barriers today include thick walls and acoustic panels. These techniques are effective, but they can be large, unwieldy, and aren’t fit for situations that require uninterrupted airflow.

That is why Ghaffarivardavagh and mechanical engineer Xin Zhang began to look for a technology that would preserve the passage of air but still block sound. Using mathematical modeling and 3D printing, they developed the acoustic metamaterial, which is capable of catching and reflecting the tiny disturbances in the air that cause sound. Typical acoustic panels capture sound rather than reflect sound like the acoustic metamaterial.

To test their invention, the researchers put a loudspeaker into one end of a large PVC pipe and placed the acoustic metamaterial at the other end. The metamaterial effectively silenced 94 percent of the loudspeakers sound — or, enough to make it practically imperceptible to the human ear.

The acoustic metamaterial may find uses in quieting things like HVAC units and drone turbines. “Our design is extremely open, cheap to fabricate, and lightweight,” Ghaffarivardavagh said. “I believe there are great opportunities for its application, such as decreasing noise from fans. Our silencer’s performance is a narrow band but we are working on the wider-band design along with a tunable model, which may open up new possibilities.”

A paper detailing the project was published this week in the journal Physical Review.

I went clubbing in the metaverse, and it wasn’t what I expected

James Webb’s mirrors are almost, but not quite, cooled

How to reset a Ring Video Doorbell