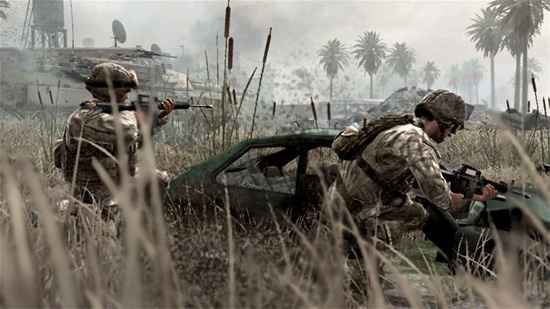 When your game sells half a billion dollars’ worth of copies in five days, you might consider your job safe. But as the saying goes, “things are tough all over,” and apparently, even the rock stars of video gaming can’t rest on their laurels these days. On Monday, Activision axed both the president and CEO of developer Infinity Ward, the studio responsible for the 2009 blockbuster Modern Warfare 2.

Details as to what actually transpired remain sparse, but a recent SEC filing from the same day notes that “The Company is concluding an internal human resources inquiry into breaches of contract and insubordination by two senior employees at Infinity Ward. This matter is expected to involve the departure of key personnel and litigation.”

Speculation remains rampant as to “breaches of contract and insubordination” West and Zampella were actually canned for, but the promise of “upcoming litigation” likely means we’ll know the details when legal papers fly.

How to get Battle Tokens in Warzone 2.0
This Call of Duty: Modern Warfare II Black Friday deal is still active
Destiny 2: Where is Xur for the weekend of November 25
The best Call of Duty: Warzone 2.0 weapons for Season 1
Warzone 2.0: Gulag tips and tricks
Pokémon Scarlet and Violet: all Academy class midterm and finals answers
Don’t miss these Easter eggs from The Super Mario Bros. Movie’s new trailer
Two Falls (Nishu Takuatshina) aims to tell an authentic Indigenous story
‘Wordle’ today, November 30: Answer, hints, and help for word of the day (#529)
The best video games of November 2022: God of War Ragnarok, Pentiment, and more
Xbox Series S is cheaper now than it was on Black Friday
This Dell gaming laptop just got a big price cut — now $700
Best upgrades to buy first in Evil West