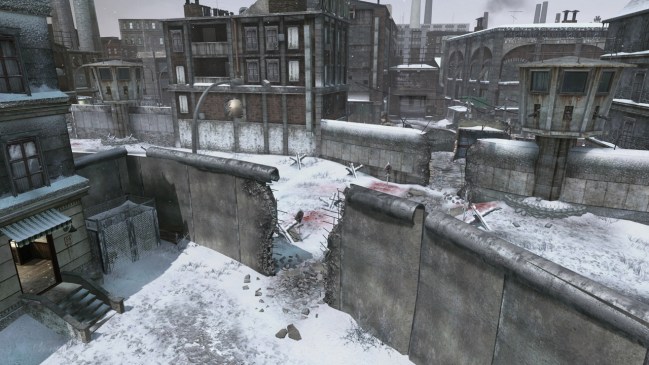 Christmas has come early for a handful of gamers. Granted, it is a somewhat pricey Christmas, but for fans of Call of Duty: Black Ops that have already sacrificed hours of their lives, as well as the odd personal relationship after repeatedly shooting your digital buddies in the head, the cost will likely be little obstacle between them and the new DLC.

The price tag might scare a few people away, but the history of the franchise says that those that choose to abstain are likely to be in the vast minority. When the first DLC was released for Call of Duty: Modern Warfare 2, it nearly broke teh internets. The reaction was strong, and within a week of release, more than 2.5 million Xbox Live users had spent over $37.5 million on the “Stimulus Package”, which contained 3 original maps, and two maps ported from the original Modern Warfare. Black Ops has already cleared over a $1 billion, so you can expect big numbers.

For your dollars, you will receive four new competitive maps, and a new zombie map called Ascension.

Ascension drops you down a missile silo near a Soviet launch pad. You then fight your way up the silo, proving your dominance over the undead hordes by blowing them to pieces. As with the other zombie maps, the level of difficulty increases with each new round.

Berlin Wall features a first of its kind for the Call of Duty maps—an automated set of defenses. The map is structured around one central street, but that street is a death trap, lined with automated turrets that want to shoot you repeatedly. To add injury to insult, sirens begin to blare when you enter the kill zone, announcing your location to your opponents. To avoid the lead rain, you need to work your way through the various buildings and stay out of sight as much as possible–which is easier said than done.

Snipers will enjoy the upper floors due to the three open areas gamers will be forced to use to get from one side of the map to another. The maps are designed so only a sliver of the area is unobstructed from any elevated location, making it more balanced. Despite the elevated positions, the majority of the fighting will take place in multi-storied buildings.

Discovery is the largest of the new maps from one side to another, and a ravine crossable by a pair of bridges makes the level multi-tiered. Although earlier descriptions of the bridges suggested that they would act as a choke point, the ice bridge takes effort to destroy and there are other ways around. A series of buildings offer cover, and ladders will take you to various elevated spots that offer you great sniper views at the expense of cover.

The areas are based on the Antarctic stages of the single player campaign, but the design feels a bit like the map Launch, with the bridges filling in for the rocket area, and multiple buildings offering cover from what would otherwise be open and vulnerable streets.

Kowloon stands out as the most inventive of all the maps, and odds are it will divide fans the most. A relatively small map from one side to another, the multi-leveled buildings will force people to look for attacks form every possible angle. While Discovery is the largest map from side to side, Kowloon might have more area thanks to wooden boards that act as walkways and buildings with multiple floors. The ziplines also offer a bit of a fresh twist, although they leave you totally vulnerable to anyone looking your way.

The real trick of this level will be learning the small walkways and hidden paths that allow you to stay out of sight while flanking your opponents, or taking ladders that get you to an elevated position without having to expose yourself in the doorways. The density of the map will also allow a good blend of weapons, and expect to see everything from shotguns to sniper rifles.

Stadium is the smallest of all the new maps, and one of the smallest maps in Black Ops. It is essentially a courtyard, with an ice rink (that you can see, but not walk on), and a set of office buildings. The combat will offer a handful of vantage points, and ranged battles will occasionally occur, but for the most part this map is designed for speed and face-to-face battles.

Don’t expect to have an especially long life on this level. Randomly thrown grenades can have devastating effects on an unfortunately tight group of teammates. This is the type of map that you can inevitably expect people to begin the level by throwing a grenade as far as they can, and it will be effective often enough to make other people do it.

The “First Strike” map pack is available now as and Xbox Live exclusive for 1200 MS points (about $15).  It is just a matter of time, but thanks to the exclusivity contract between Activision and Microsoft, no word yet on when PC and PS3 gamers will receive the DLC.

How to pre-order Modern Warfare II: retailers, editions, and bonuses