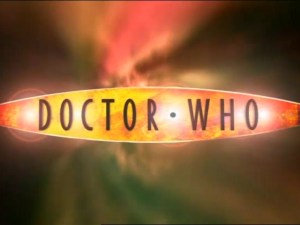 Calling all Whovians! You no longer need to be a passive participant in your favorite science fiction franchise! BBC Worldwide and indie game developer Three Rings have joined forces to bring you a massively multiplayer online game set in the time and space-traveling Doctor’s universe. Doctor Who: Worlds In Time won’t actually let you create your own Twelfth Doctor, but you’ll get to ride in the TARDIS and keep the universe safe from a range of Who enemies, as dictated by the Time Lord. If none of that makes any sort of sense then this probably isn’t the game for you.

Worlds in Time is the first foray for the Doctor Who franchise into the MMO space. The game will be free to play and likely fueled by micro-transactions, though no model for bringing in income is detailed in the press release. BBC Worldwide executive vice president of digital entertainment Robert Nashak said that the game will allow players “to save the universe by using their wits to solve time-bending puzzles and pulse-pounding challenges.” Development on the game is apparently “well underway,” and a launch is expected later this year.

Three Rings is a San Francisco-based developer. It has released a number of community-oriented games for a range of platforms, including Puzzle Pirates, Bang! Howdy, iPad app Corpse Craft, Facebook offerings The Everything Game and Bite Me, and browser-based gaming portal Whirled. The developer is also working on another, unannounced MMO. Doctor Who is certainly a big “get” as far as licenses go, however.

There’s no mention at all of any gameplay details beyond Nashak’s vague quote, nor is there any indication of which platform(s) the game will be available for. Both Three Rings and BBC Worldwide will be in attendance at next week’s Game Developer’s Conference in San Francisco, so expect more information on Worlds in Time to come soon.

How to use Great Runes in Elden Ring
Can you disable messages in Elden Ring?
Horizon Forbidden West beginners guide: 6 tips and tricks to get started
Pre-Order Far Cry 6 from Walmart today and get this awesome gift!
How to charge a Nintendo Switch controller
Best gaming laptop deals: Save on Alienware, Asus and more
Best Alienware Deals: Save on gaming laptops, PCs and monitors
The best video games of January 2023: Hi-Fi Rush, Dead Space, and more
With Valiant Hearts: Coming Home, Netflix finds its video game voice
The best guns in Dead Space
The Crew Motorfest brings a racing festival to Hawaii this year
The best skills to inherit in Fire Emblem Engage
Dead Space: how to fix the centrifuge