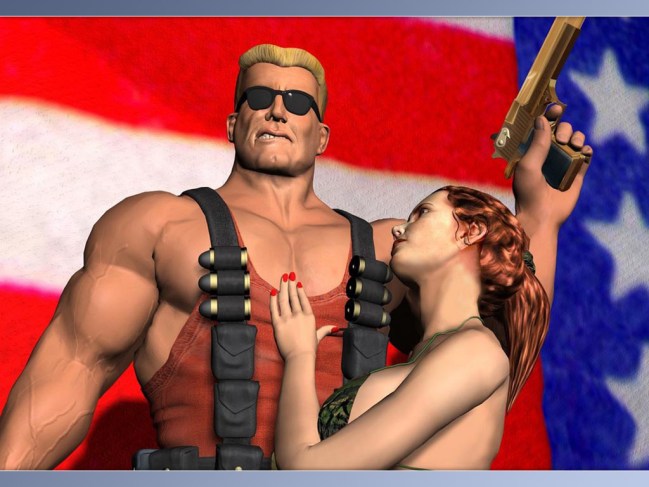 On May 3, you may actually be able to see your breathe in Hell when it begins to freeze over. The unbelievable has happened, and after years of jokes, years of failed attempts, years as the poster boy for video game franchises that seemed doomed to remain in limbo, Take-Two Interactive has announced that Duke Nukem Forever will hit stores on May 3. If you need a moment to process that, go ahead, it’s understandable.

For those who have heard the name but not the saga, this is one story you are better off not knowing. There are few things more pitiable in the video game world than a hardcore Duke Nukem fan. After launching the series and beginning what seemed to be franchise built around solid gameplay and raunchy humor, the series stopped after Duke Nukem 3D which was released in 1996. To put that in perspective, the title was released just after Bill Clinton won re-election, and just before Steve Jobs’ company NeXT was purchased by a struggling lower tier tech company called Apple. Independence Day was the top grossing movie of the year, thus catapulting the Fresh Prince of Bel Air into the role of superstar Will Smith.

Duke Nukem then entered the proverbial wilderness. Developer 3D Realms had promised a sequel within the next few years. Release dates came and went with alarming regularity, and that thin line between patience and frustration grew thinner. By 2001, 3D Realms had officially given up on announcing a release date, and instead just said it would ship when it was done.

The next few years are a painful memory for fans, who were repeatedly teased with promises of the new game, as well as reports of a revamped Quake II engine being used. That didn’t last long before 3D Realms announced that Duke Nukem would switch to the Unreal engine. Then it switched to the Doom 3 engine. You get the idea. At this point, most sensible people had lost faith that 3D Realms would ever release the game, including Duke Nukem Forever’s publisher, Take-Two. Then the lawsuits began.

The legal drama devolved into a debacle, and it seemed certain that Duke Nukem had inappropriately ogled his last stripper.  But then Gearbox Software and Triptych Games rode in like white knights, took the work done by 3D Realms, and with help from Piranha Games on the multiplayer, Duke Nukem Forever was back on track, even against all odds and commonsense.

So Duke Nukem Forever is now set for May 3, 2011, and it is official. Assuming there aren’t any more delays…

Check out the UK trailer that Take-Two has modified to show the U.S. release date.

[Warning: this trailer is glorious inappropriate for all ages]