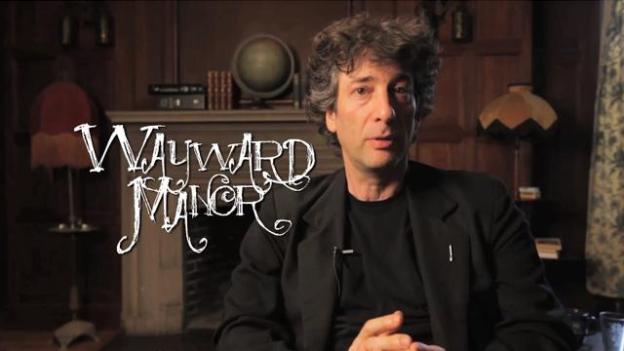 The universe is apparently conspiring against this column. My plan was always to cover the major news of the week, and then highlight a few of the smaller stories that may not have gotten some love. I had hoped to slowly ramp up to that though. Instead the universe went ahead and screwed me by having a few massively important stories this week. I’m mad at chu’, universe.

It was news that by comparison made other announcements – like certain games having the ability to access data on both the current and next gen consoles – seem a bit soft. Being able to download new uniforms for NCAA Football 14 doesn’t seem quite as important as one of the world’s biggest publishers going indie.

There were at least two pieces of major news this week, both of which will have a huge effect on the industry for years to come. Meh. So maybe next week I can get back to covering the failure of the British press, or why Call of Duty Ghosts heading to the Wii U is the most exciting news that no one cares about. For now though, on to the biggest news of the week:

Story of the Week

Activision flips the script on Vivendi

Vivendi is one of the biggest companies in the world, and at the moment it is also one of the most unstable. After trying its best in the 90s and early aughts to buy every company ever, Vivendi finds itself in debt. And not just debt like a college kid who signs up for a credit card to get the cool t-shirt, then begins to spend like they will be dead long before the first bill comes debt, but debt in the neighborhood of $17 billion. To combat this and pay some bills, Vivendi was looking at ways to raise money, including leveraging its property Activision Blizzard to raise around $3 billion. Activision Blizzard had other ideas.

Activision Blizzard CEO Bobby Kotick led a group of investors – including Chinese gaming giant Tencent – to buy controlling interest from Vivendi for $8 billion. That means that technically, Activision Blizzard is an indie publisher.

For more specifics on the deal itself, check out our full article about the sale.

So what does this mean for gamers? Probably very little. It’s not like Activision Blizzard’s execs are going to say “Finally we are out from under the thumb of those sumbitches, now we can stop making Call of Duty games.” If anything, it is China that will see a more significant shift from the company. Call of Duty Online, a Chinese-only free-to-play multiplayer-centric version of the game, only recently launched with the help of Tencent. Activision Blizzard wants in to China, and China wants them in it.

Beyond that, we probably won’t see too many policy shifts, at least not any that will trickle down to us. One suggestion though: trim down the name. Both Activision and Blizzard have their own leadership structures, so the name Activision Blizzard is specifically the name of the whole company. Maybe Acti-Blizz, or Blizzivision. Just a suggestion.

Microsoft wants indie developers to feed off its welcoming teat

Microsoft has had a rocky relationship with indie developers of late. Earlier this year, it announced that it would be killing its XNA gaming platform, a tool developers used to create indie games for the Xbox 360. It also was a bit heavy handed with its fees, forcing developer like Fez’s Phil Fish (more on him later) to skip patching games because it was too expensive. Microsoft’s attitude seems to have changed though.

Microsoft recently announced that every Xbox One has the potential to be a dev kit, and developers can self publish (following a certification process that may be similar to iTunes). This newfound freedom means we could see a glut of great indie games on the Xbox One. We’ll probably see a lot of terrible ones too, but that’s the cost of freedom. It ain’t free.

Go ahead and give Neil Gaiman your money

Neil Gaiman, one of the best authors of a generation (feel free to disagree, all opinions are respected, even the ones that are so obviously wrong), is going to make a video game. Well, not alone. He didn’t suddenly go to night school and learn to program between authoring his recent novel The Ocean at the End of the Lane and the upcoming Sandman prequel. He is contributing the story to a new indie game for PCs and Mac, Wayward Manor, which will be developed by The Odd Gentlemen. It is still in the crowd funding phase, and the more you donate the bigger your reward. For $10,000 you can even have dinner with Gaiman. For $1 million you might be able to talk him out of a kidney.

The game casts you as a ghost, attempting to evict a family from your home by scaring them. This is Gaiman’s first attempt at video games, and he claims the idea came to him a while back, but he didn’t have a good way to present it. There is a video of Gaiman explaining the project, but if you are a fan, after about 20 seconds you may feel like this:

Click on this link and go ahead and throw your money at Gaiman. Tell yourself you are doing it for the kids, if that makes you feel better. Regardless, just do it.

Phil Fish has had enough of your s**t

Speaking of indie gaming, fans of the game Fez who were hoping for a sequel are out of luck. Phil Fish, Fez’s creator (who was also previously mentioned in this article), was planning on a Fez 2, but he apparently got tired of taking crap from people and so he killed the development.

Fish entered into a pissing match with writer Marcus Beer, who called Fish out for not commenting on the news that Xbox One will be indie-dev friendly. Beer ranted for several minutes about Fish only commenting when it helps to promote himself, and then basically called him an a-hole. The two then sparred on Twitter, exchanging such stunning verbal ripostes as “kill yourself,” and the devastating “wanker.” Fish brazenly defended his non-response by saying he was waiting for the details, to which Beer then tried to unhinge his jaw and swallow him whole. Fish later took his game and went home, saying “I fucking hate this industry,”  then “im done, FEZ II is canceled. goodbye.”

If there are any stories you think are worth a bit more coverage, have any tips, or just want to try to verbally assault me until I quit development on something, you can follow me on Twitter @IridiumSix.

How to transfer data from your PS4 to PS5