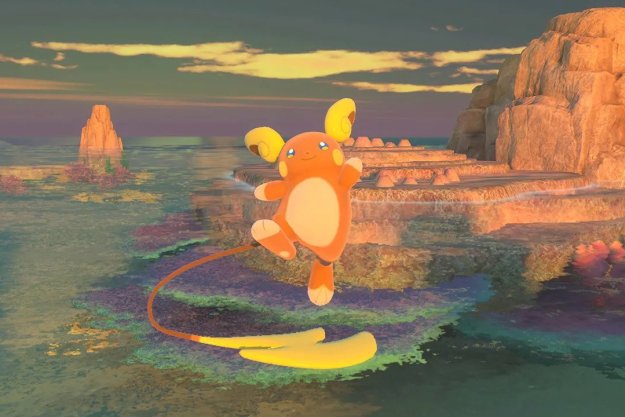 “New Pokemon Snap is a worthy follow up to a beloved classic that's loaded with charm and a surprising amount of content.”

How in the world did it take this long for New Pokémon Snap to exist? The original Pokémon Snap has held a special place in fans’ hearts for over 20 years and they’ve practically been begging for more. Considering that it feels like there are as many Pokémon spin-offs as creatures themselves, the decision to wait this long is mind-boggling.

As a series (God, it feels good to finally call it a series), Pokémon Snap is almost the ideal implementation of the franchise. Rather than battling monsters, it lets players simply dive into their habitats and observe every precious behavior. While it’s a tragedy that Pokémon aren’t real, the photography simulator is a suitable vacation into their world.

New Pokémon Snap is a delightful sequel that’s a perfect fit for the social media era. With tons of courses to explore and interactions to discover, it’s a laid-back amusement park ride that’s a worthy evolution of the original.

For those who never grew up with a game that’s already old enough to drink, New Pokémon Snap is a first-person shooter– but not in the way you’re thinking. It’s a photography simulator where players leisurely ride across the new Lental region and snap pics of creatures as they pass by. It’s like taking a tour through a series of wholesome nature reserves.

Pokémon has always been a franchise with two distinct strengths. For RPG diehards, it’s a strategic game that can be fiercely competitive and complex. For those who just think Pikachu is dang cute, it’s just a good excuse to collect some creatures. New Pokémon Snap is a game custom-built for the latter, giving new meaning to “gotta catch ‘em all.”

The central photo mechanic works so well because it’s simple to understand, but gives dedicated players a lot of nuances to work with. The challenge comes from framing perfect compositions, not executing the basics. Just about anyone can pick it up and immediately understand how to play. It’s especially well-suited for our modern times where kids start using cameras at a young age thanks to smartphones. Photography is more drilled into our basic lives than ever and New Pokémon Snap puts those skills to the test.

It’s an ingenious twist on the franchise that turns something we do every day into the world’s most intuitive gameplay hook.

To help players get their perfect shots, the game offers little tools that create different interactions. Toss a Fluffruit at a Pokémon and they’ll gleefully munch it, giving players a new pose to capture. Play a little music box and a Chandalure might twirl around in response. Each tool brings a layer of experimentation to the game that constantly rewards curiosity with consistently delightful results.

The slow, laid-back pace isn’t going to work for everyone. Like Animal Crossing: New Horizons, it’s a cozy game that plays best when kicking back on the couch in handheld mode on a lazy weekend day. But as far as Pokémon games that try to appeal to casual fans go, it’s an ingenious twist on the franchise that turns something we do every day into the world’s most intuitive gameplay hook.

While the original game was a short curiosity that could be 100% completed in six hours, New Pokémon Snap finds several ways to buff the play time. The biggest difference is that the sequel has a narrative through-line about a mysterious glowing Pokémon phenomenon, which brings more specific goals and progression to the game. There are even “boss fights,” where players have to put their reaction time to the test to snap rare photos of giants like Milotic. It’s a simple solution that adds structure for those who are put off by the freeform nature of its predecessor.

There’s way more to take pictures of this time around too. The original game only featured 62 Pokémon, while this one has over 200. What’s more, each monster has four different poses that can be snapped. Getting a shot of everything requires over 800 unique shots, which is miles beyond the Nintendo 64 version.

The same goes for courses. There are 11 main locations, but each one has a variant that takes the number of unique levels up to 24. That’s not even counting the alternate routes hidden on each stage or the research level system, which adds four slight differences to each stage. Toss in over 140 photo requests and a whole bunch of unlockables and players have way more to do this time around.

Though its sights are set on casual players, it’s a deceptively deep package that a dedicated fan can spend plenty of time mastering.

Admittedly, it can be a bit of a grind. To get everything, players have to replay courses over and over. Even with the variations, playing the same stage a dozen times just to grind out its max research rank can be a bit of a drag. The NEO-ONE vehicle slowly rolls along the game’s on-rails paths. A mid-game turbo tool helps speed things along, but if someone wants to snap a Pokémon that only appears at the end of a stage, they’ll have to wait as the car trudges along to the end just to have the opportunity.

Even with the repetition, it’s a little staggering to compare the original and the sequel when it comes to content. The story alone takes around 12 hours to complete and the addition of online leaderboards gives the game a giant lifespan for those who have that high score itch. Though its sights are set on casual players, it’s a deceptively deep package that a dedicated fan can spend plenty of time mastering.

The best part about a Pokémon Snap sequel launching in 2021 is that it can fully realize its social potential. Well, kind of. New Pokémon Snap features an online element that lets players share their best shots. It’s a dream come true for long-time fans, though it wouldn’t be a Nintendo internet experience without some caveats.

Players can only upload six photos at a time, which is disappointingly limited. The online tab only lets players browse through a very small selection of trending photos. That includes friend photos, which live under a vague Recommended tab that only shows the most recent snaps. There’s no way to search for a friend and easily check out their profile. Instead, players need to find a photo of theirs when it shows up in Recommended and click on their page from there. It’s a needlessly sparse, yet convoluted implementation of a basic idea.

It’s a dream come true for long-time fans, though it wouldn’t be a Nintendo internet experience without some caveats.

It’s hard not to think about what could have been here. Imagine an in-game social media app where players can scroll through their friends’ photos, add tags to their shots, or filter by a Pokémon’s name to find the best creature shots around the world. It’s especially surprising that the game doesn’t feature any integration with Nintendo’s mobile app. It feels like a missed opportunity that could have fully realized its social potential.

Fortunately, the game has an ace up its sleeve: Its photo editing tools. Players can adjust shots in a mini version of Instagram that includes filters, frames, and stickers. Pics can even be “re-snapped,” giving players a chance to re-frame a shot, change the exposure, or play with focus. It’s a small, but powerful touch that cracks the game wide open. It no longer feels like there’s a set number of “good” shots during the on-rail rides. There are countless opportunities to create a masterpiece; even a bad snapshot can become a work of art after the fact.

The photo editor gives the game its real social power. I’ve spent the last few days texting photos to friends or sharing them on Discord servers. The gratification of having a buddy compliment my carefully crafted shot is much more satisfying than thousands of strangers liking it online. It may just be a side-effect of its lacking online feature, but New Pokémon Snap is a more personal social experience that’s best enjoyed when players have someone to trade discoveries with.

New Pokémon Snap is a delightful follow-up to a beloved classic, which is no small task. It avoids being a simple nostalgia act by giving players tons of photo ops to chase and way more control over their final shots. There’s more room for it to grow, whether that’s through DLC or a sequel, but it’s a wholesome photography game for fans who want to soak in the colorful glow of the Pokémon universe.

There are plenty of great, niche photography games out there like Umurangi Generation, but New Pokémon Snap is unmatched in its depth of content.

The main story takes 12 hours to complete, but snapping all 800+ shots adds plenty of time to the clock. Unlockables, side-requests, and post-game leaderboards make this a surprisingly robust package compared to the original.

Yes. It’s a chill experience that’s a perfect fit for the Nintendo Switch. It’s the kind of game you can break out when you have a few free minutes and add a little boost of joy to your day.

Topics
The best PSVR games for 2023
The best Fire Emblem games, ranked from best to worst
Goldeneye 007 comes to Game Pass and Nintendo Switch later this week
The best RPGs for the Nintendo Switch
How to link your Fire Emblem Engage and Fire Emblem Heroes account
Xbox and Bethesda’s Developer_Direct: how to watch and what to expect
The best iPhone games in 2023: 31 games you need to play right now
I can’t believe I’m recommending Forspoken on PS5 over PC
Redfall’s May 2 release date revealed during Developer_Direct
Xbox just surprise announced and released a stylish new Game Pass title
The Elder Scrolls Online’s 2023 updates bring players back to Morrowind
How to cheat in Words With Friends
Shoulders of Giants brings mascot-era nostalgia to the roguelite genre