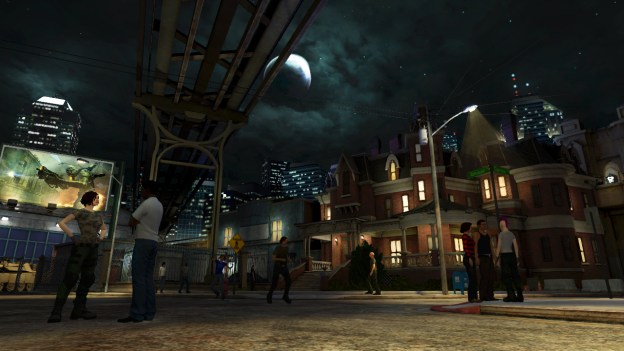 The massive relaunch of Playstation Home that we’ve been telling you about for the last few months will happen tomorrow, according to Sony.

As we mentioned in our previous coverage, the update to Sony’s social gaming environment will include a variety of themed districts, as well as free games and a host of other new features.

In the press release announcing the relaunch, there was no specific time cited for the download to become available. However, Sony did provide a video tour of the new, revamped Playstation Home environment. You can watch the video below, then read on for the full text of Sony’s announcement, which includes detailed descriptions of several new districts and games that will be offered.

FOSTER CITY, Calif., November 2, 2011 – Sony Computer Entertainment America (SCEA) today announced that the redesigned PlayStation®Home will be available beginning tomorrow, November 3, 2011, exclusively on PlayStation®Network for the PlayStation®3 (PS3™) system for users throughout the US and Canada. The PlayStation Home redesign includes a new core experience that features genre-based districts as well as a wide variety of exclusive games that cater to each player’s interests, style and game preference.

The PlayStation Home redesign will launch with a number of free-to-play game titles, based upon a freemium business model, including:

Bootleggers ’29: Set in the seedy underbelly of the Roaring Twenties, this PlayStation Home exclusive first-person shooter found in the Action District pits cops vs. criminals in a Prohibition-era game of Capture the Cask. Boasting real-time multiplayer action, a variety of vintage weapons and unlockable rewards, and the unique ability to play as your PlayStation Home avatar, Bootleggers ’29 is a 100% free-to-play game that introduces a classic narrative to the modern shooter genre.

PlayStation Home Hold ‘Em: A series of backroom poker tables hosted in the brand new Sportswalk district, PlayStation Home Hold ‘Em squares players off in a no-holds-barred, winner-take-all battle of the bluffs. Only the best of the best will progress to the high stakes tables and collect all the prizes in this free version of the wildly-popular Texas Hold ‘Em card game.

PlayStation Home Sports Trivia: Test your sports expertise against the PlayStation Home community and unlock a series of themed rewards in this massive sports trivia game, found in the Sportswalk. Packed with over 10,000 trivia questions, this game will challenge the memories of even the most die-hard sports fans.

RC Rally: Build and customize your own remote controlled car and race against friends over multiple courses, performing stunts and tricks and unlocking numerous upgrades along the way. This fast-paced PlayStation Home original game can be found in the new Pier Park.

“This is a major milestone for PlayStation Network, and we are thrilled to bring a new core experience to PlayStation Home where games are front and center,” said Jack Buser, director of PlayStation Home, SCEA. “Home’s community is made up of some of the most passionate gamers on PS3, and we’ve listened to their feedback since Home launched in 2008, finally transforming Home itself into a game. This redesign marks a new beginning for PlayStation Home, and players can expect much more to come.”

Key features that were unveiled at the announcement of the redesign included an all-new futuristic Hub that brings games directly to players with a featured game front-and-center upon login and integrates an Activity Board that features a robust questing system, community events anduser-generated content. The Hub will also offer additional navigation, shopping, socializing and entertainment options. From the Hub, players can teleport to different genre-based districts and spaces including:

Action District: A gathering place for hardcore gamers, the Action District has a gritty, urban feel reminiscent of a first-person shooter level and provides a direct travel point to action and horror games.
Sportswalk: The Sportswalk has an exciting outside-the-stadium feel with instant major league sports scores, headlines and highlights and sports-themed games.
Adventure District: At the launch of the PlayStation Home redesign, the Adventure District will present the UNCHARTED™ 3: Fortune Hunter total game integration event, providing a third-person adventure experience including a partial recreation of the Yemen level from UNCHARTED 3: Drake’s Deception™ multiplayer mode and a cover-based shooting system complete with weapons and gameplay inspired by the hit series. Players can unlock content that can be used in the UNCHARTED 3: Drake’s Deception Blu-Ray Disc™ game as well as additional PlayStation Home rewards.
Pier Park: A waterfront boardwalk leads players to carnival, puzzle, outdoor and arcade games. Take a ride on the Pier Park Ferris wheel or visit the arcade for more games.
PlayStation Home Theater: The PlayStation Home Theater features an ultra-modern architectural design and hosts a wide range of videos programmed specifically for PlayStation gamers, including episodes of Pulse and Qore, trailers and interviews from the PlayStation Blog, and exclusive user-generated videos in the popular Community Theater.

PlayStation Home has evolved beyond a social network into a true social game platform:

PlayStation Home has been a destination for over 24 million users worldwide. (WW)
The average time spent in the Home platform is 70 minutes per session (SCEA)
Over 230 games ready-to-play (SCEA)
Over 10,000 virtual items (SCEA)
Over 70 spaces (SCEA)
Over 800 community events (SCEA)
Over 35 partners (SCEA)