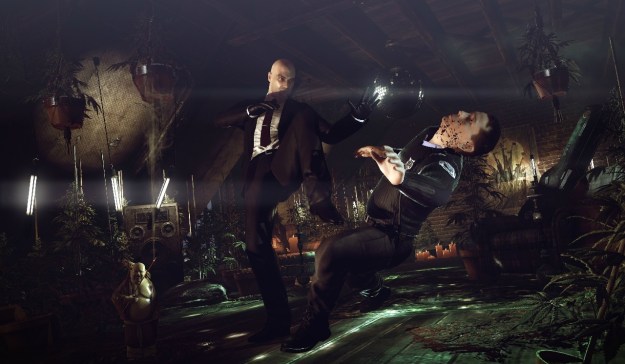 Square-Enix reported earnings for the nine-month period between April and the end of December 2012 on Tuesday morning, and the company is not in as fine health as it would like to be. The Final Fantasy and Dragon Quest company is making an “acceptable profit” on many of its PC, mobile, and social games, but its slumping console game business spurred a nearly 6 billion yen loss for the period, approximately $61 million.

“During the nine-month period ended Dec. 31, 2012, the company has not recovered the operating loss posted in the six-month period ended Sept. 30, 2012,” reads a statement from the company, “[This is] primarily due to the increasingly difficult condition of the worldwide console game market, under which the group is struggling to achieve a fair expected return on its investment.”

With Tomb Raider due out in March, Square-Enix still has high expectations for the full fiscal year. Though it would represent a 42 percent drop from totals seen in fiscal 2012, Square said it expects to record a net profit of 3.5 billion yen, around $37.5 million.

Square-Enix has been hit by hard times over the past few years. In fiscal 2011, the company reported a $150 million loss because of the disastrous 2010 release of Final Fantasy XIV on PC, a game that failed so spectacularly that the company was forced to apologize to customers and rebuild it from the ground up. In fiscal 2012, however, the company recorded a nearly $65 million profit thanks in large part to console games. The August 2011 release of Deus Ex: Human Revolution and the January 2012 release of Final Fantasy XIII-2 “favourably grew sales of packaged software.”

Square-Enix’s console business floundered over the past twelve months, though. With the majority of its Japanese console development resources reallocated to finishing Final Fantasy XIV: A Realm Reborn, and Tomb Raider delayed into 2013, Square’s only major releases were Sleeping Dogs and Hitman: Absolution. Both were critically well received, but neither had the mainstream appeal to offset Square Enix’s earlier losses. Absolution’s global sales after the past few months are just under 3 million copies while Sleeping Dogs has sold fewer than 1.5 million copies.

A significant problem for Square-Enix is the gridlock within its Japanese development teams. President Yoichi Wada said it best in 2009: “It takes too long for us to produce a game.” The company’s value in the last decade was born of its Japanese franchises with Western appeal, including Kingdom Hearts and Final Fantasy. Rather than develop new console entries in these series, Square poured its resources into developing proprietary engine technology and the aforementioned failed MMO. Development on titles like Final Fantasy Versus XIII has dragged on for seven years. Square-Enix’s console business is struggling because it doesn’t release products fast enough, or with enough publicity, to make up for the heavy investment that comes with years of development.

The best Apple HomeKit-compatible devices for 2022

How to watch the BMW Championship of the PGA Tour

Forget The Batman: Mask of the Phantasm is still the best Batman movie adaptation