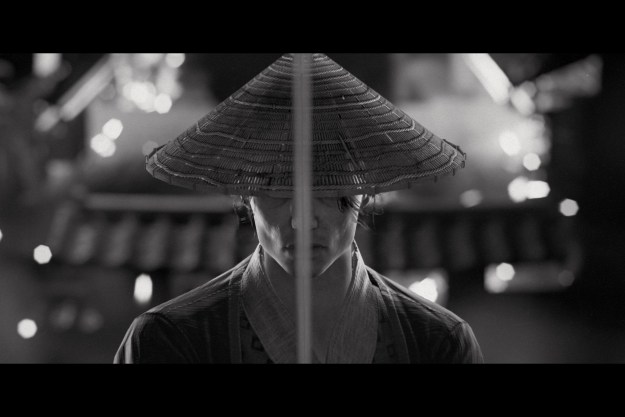 “Slicing enemies in Trek to Yomi can be worked down to a science, but its story and the development of its main character are what made me want to see the game through to its end.”

Trek to Yomi is kind of deceptive. I previewed the game this past March, trying out its first hour or so of gameplay. As it turns out, that’s practically a fifth of the game and it’s the least entertaining fifth at that. Trek to Yomi starts out as a highly stylized action-adventure game where you deftly dispatch bandits with your trusty katana. But that eventually got tiring for me; enemies became nothing more than obstacles I cleared with two quick swipes.

After that first hour, the game switches up. It brings players to the depths of Yomi, the land of the dead in Shinto mythology. Bandits are replaced by ghoulish creatures, wraiths, and skeletons wearing armor. It’s the change-up the game needed for me to enjoy it. And then it switched back to bandits, having me fight the game’s very first enemies, but they’re ghosts now. That last switch made the game feel very thin.

And for what it’s worth, Trek to Yomi is, by and large, a thin experience. It’s not incredibly varied, combat is somewhat dictated by the few combos that are actually worth doing, and the world is essentially a railroad. All the same, I couldn’t help but finish Trek to Yomi‘s journey through what is basically Hell and enjoy the surprising choices it offered me.

Trek to Yomi‘s quirks are apparent as soon as you start the game. It’s entirely monochrome, and while the world is 3D, the main character, Hiroki, is usually locked to a 2D plane. All of the game’s combat is essentially 2D, with enemies coming from the left or right. Similarly, in combat, you can’t turn to face another direction with a flick of a joystick. Instead, you have to press the game’s dedicated turnaround button to face any enemies behind you.

Despite that wrinkle, Trek to Yomi‘s combat is extremely simple. You can use light or heavy attacks, parry enemies, or use ranged weapons. Without any health bars, I ended up working out exactly how many times I had to hit most enemies for them to go down. My approach turned the game’s combat into a science, and while more chaotic encounters forced me to improvise, a majority of them were simple routines. I ended up ignoring a ton of the game’s combos simply because they weren’t fast or strong enough to quickly take an enemy down.

It was genuinely interesting watching as Hiroki changed his stance or the position of his hands on the katana as he attacked.

That’s a bit of a shame because I was missing out on one major part of Trek to Yomi‘s stylization: Hiroki’s movements. Whether I was doing a short attack that consisted of two strikes or a combo that mixed light and heavy attacks to pierce armor, every strike was posed and held for just long enough to see it clearly. It was genuinely interesting watching as Hiroki changed his stance or the position of his hands on the katana as he attacked.

Not every part of Trek to Yomi‘s combat was that satisfying though. At times, things would just feel off; attacks wouldn’t connect the way I expected or enemies would just ignore them. Parrying was especially finicky because of a very short window of time I had to sneak in a counterattack.

Finishers were the same, although their importance made missing them much worse. Performing a finisher restores a bit of Hiroki’s health, making them essential in between the game’s checkpoints, which would totally refresh his health bar. But getting enemies into a stunned state where they’re vulnerable to a finisher was hard to do consistently. Different enemies had their own stunning thresholds, so I could never pin down exactly what attacks I had to do to be able to use a finisher.

That’s not to say that I was always running out of health. On its normal difficulty, Trek to Yomi is a bit of a pushover. Its enemies are hardly a threat unless there are a ton of them or a mix of ranged and melee opponents. The only real challenges throughout the game are its bosses, which are too few and far between to really praise. While they’re a nice changeup from slicing up its regular baddies, Trek to Yomi‘s bosses are easy to figure out, and once you do that, they’re easier to take down.

Way of the samurai

While Trek to Yomi‘s combat was enough to get me to push through waves of similar enemies, I was actually kind of surprised to find myself interested in Hiroki and his own story. It’s a bit of a cliché at first; Hiroki’s village is destroyed and he finds himself in the land of the dead, fighting through it to avenge his people and Aiko, a woman to whom he’d sworn himself. But as I got deeper into the pits of Yoki, small details of this story became mine to shape.

Hiroki is still looking to avenge the people he knew and loved, but it’s the why behind that goal that I was able to influence. Each layer of Yoki is meant to teach the samurai a lesson, kind of like Dante’s own descent through Hell — except players get to decide how Hiroki interprets those lessons and what he takes away from his interactions with the dead.

By the end of the game, players can drastically change Hiroki’s character. Regardless of whether they choose to avenge Aiko and Hiroki’s town out of love, duty or pure vengeance, the samurai comes out of the journey a changed man. It’s genuine character progression, something that doesn’t happen too often and that I love to see. It may not be nuanced or subtle, but seeing the impacts of my decisions on a character makes me feel like I had more of an impact on the story.

So much more of Trek to Yomi‘s story and how you look at Hirkoi as a character comes out through his actual journey through the land of the dead. Spirits guilt him over killing men, even if they were bandits. He’s led to question his own beliefs and is constantly tricked with visions of the people he knew and the town he called home. In the middle of his journey, he wonders aloud if every person’s journey through the land of the dead is like his or if this was just for him, and I couldn’t help but wonder the same.

It may not be nuanced or subtle, but seeing the impacts of my decisions on a character makes me feel like I had more of an impact on the story.

Hiroki’s journey and his own always-spoken-aloud thoughts are what really hooked me into Trek to Yomi. The more choices I made for the samurai, the more I wanted to see how he would turn out by the game’s end. It’s not something I expected from the game, and it certainly doesn’t redeem all of its negative traits, but Trek to Yomi‘s story is good enough to be more than something pushing players along.

Similarly intriguing are Trek to Yomi‘s visuals. In my preview, I compared the game’s style to that of the Japanese director Akira Kurosawa. His long shots and use of elements to depict emotions are still masterful, and Trek to Yomi replicates all of these traits and more excellently. Most of the shots I saw from the game’s often fixed camera angle were beautifully composed and full of emotion themselves. When you couldn’t tell how Hiroki was feeling, all you had to do was look around him. The rain and fire provided all the context I needed.

Trek to Yomi isn’t the most spectacular action-adventure game out there. Its combat quickly gets stale and the game’s bag of tricks isn’t exactly deep. Facing enemies turned into a science for me, and bosses were never a real challenge. At the very least, the game’s story hooked me enough to make up for what ended up being a pretty lackluster combat system.

If you’re looking for a game filled with samurai action, go for 2020’s Ghost of Tsushima. The PlayStation exclusive is just as gorgeous as it is fun to play.

Trek to Yomi took me just over five hours to complete. If I wanted to pick up every single one of the game’s collectibles, that time could have easily grown to between sixand seven hours.

Yes. Trek to Yomi may not have cutting-edge combat, but it’s still a gorgeous game that knows how to tell an interesting story, two features that are far too uncommon for action-adventure games.

You can beat the new Zelda without finishing the story