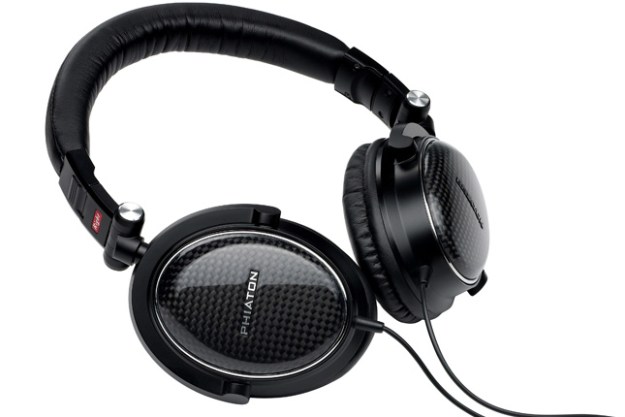 Have you ever filled out a customer comment card and turned it in but, deep down, felt like your opinion probably wouldn’t be considered or valued? Yeah, we understand. When we review products we hope (with subdued skepticism) that the manufacturer might just take some of our suggestions to heart and maybe even implement them. Alas, such is rarely the case. So, when Phiaton approached us with a new, updated version of the MS 400 headphones which we reviewed this time last year, we were pleased to hear that they had taken our advice, along with that of their customers, and made some key adjustments to their already top notch Moderna series headphones. In this review we re-visit the overhauled MS 400 and re-discover why we like these cans and their manufacturer’s attitude.

When we first pulled the MS 400 from their box last year, we immediately raised an eyebrow at the color scheme: red. We’re talking eye-catching, take-no-prisoners, in-your-face, fire-engine red. Which is fine if red is your thing, but for those of us who don’t want to scream “Look at meee!” with their headphones, the aggressively styled MS 400 could be a turn-off. Our suggestion then: Offer them in a different color. Much to our delight, Phiaton did just that. In fact, it turns out that’s just the beginning of the thoughtful changes Phiaton decided to implement. By running some online feedback contests on a few popular headphone forums, Phiaton took an active role in determining what it was that the public wanted from their headphones, then got to work folding in the changes. This refreshed version of Phiaton’s high-end, on-ear offering came with classy, black leather accents, an extension cable and, according to Phiaton, structural modifications to the headband and earpads. Thankfully, Phiaton also took an “If it ain’t broke, don’t fix it” attitude during their product refresh, and left the guts of the MS 400 alone. Packed with the headphones we found the same heavily padded storage case, a ¼-inch adapter, the new 5-foot extension cable, and a user manual. The MS 400 come with a one-year manufacturer’s warranty when purchase from an authorized dealer.

The MS 400 use a studio-grade 40mm driver that is tightly enclosed within rather modestly sized ear cups. The outside of the ear-cup enclosure is sealed with a layer of carbon fiber, then coated with a clear, resilient polycarbonate plastic that allows onlookers to see the sleek carbon fiber accents whilst simultaneously protecting them from damage during storage and transport. The inside of the ear-cups is lined with an extremely soft, black faux leather that covers just enough foam to allow a comfortable fit and seal over the ear. The adjustable headband is similarly padded and lined with black, leather-like material.

To allow for storage and portability, the MS 400 ear-cups rotate a full 180 degrees on their axis, then another 90 degrees toward the headband so that they can be fit in their hard sided storage case; just barely. Unfortunately, the size of the case is the one design point we mentioned needed improvement that has gone unchanged. The curved shape of the storage case leads the user to think that the headphones should fit a certain way but, in fact, they must be jammed in rather counter-intuitively and then held in place while the zipper is pulled shut. Still, we’ve seen headphones much larger and bulkier than this that neither folded down nor came with any sort of storage case, so we consider the tight fit a minor inconvenience rather than an egregious oversight.

The MS 400’s non-detachable cord drops from each ear-cup in a Y formation for a total attached cord length of just under 4 feet. Using the provided 6-foot extension cable, we were able to get a convenient 10 feet of cable distance out of the MS 400, suitable for use with home audio and studio equipment.

As an on-ear headphone, the level of comfort experienced with the MS 400 will probably vary depending on where the pressure of the ear-pads ends up being placed on the ear. Those of us with smaller ears found that the MS 400 bordered on becoming a circum aural (around the ear) headphone. This caused some pressure to be exerted in some unfamiliar places, but a little adjustment eased the foreign feeling enough for us to forget about it. During long listening sessions, we noticed just a touch of the over-warming sensation that is more commonly associated with circum-aural headphones. After a short break, however, we quickly came back for more quality time with the MS 400.

On-ear headphones rarely provide any quantifiable measure of noise-reduction. Generally, the seal of the headphones isn’t adequate enough to provide much isolation, but since the MS 400 have a larger than average ear-cup diameter, we found that they did provide a limited amount of natural noise reduction. Once music was playing, all but the loudest ambient noises were eclipsed.

The MS 400 offer such a balanced sound that it almost seems unnecessary to dig into each subsection of the frequency range in an effort to pick apart their performance. That said, the MS 400 do have some character that helps them stand out in the crowded market of high-style, high-performance headphones. With that in mind, here’s what we experienced:

The MS 400 offer surprisingly clear, punctual bass response. Many makers of headphones at this size try to coax more bass than they ought to in an effort to enhance their out-of-box appeal. It’s the sort of bass response that wows you at first, then annoys you after the first half hour of listening. The MS 400 don’t do that. They make a strong, well-controlled bass statement and stick to it. Electric and acoustic bass get accurate treatment at all times and never seem to get away from the MS 400’s firm control. They are equally punchy in the mid-bass region, which helps to add a visceral quality to the sound the we often search for in our home audio equipment. In a word: balanced.

The MS 400’s midrange quality is clear and relaxed. Having evaluated many vocal-forward headphones over the last couple of months, the midrange response that we got from the MS 400s was a pleasure to experience. We did find ourselves missing a little bit from the top end of the midrange band which resulted in a less intimate reproduction of vocal performances, but we think that this slightly laid back approach is part of what makes the MS 400 so easy to listen to for long periods of time. Again: balanced.

And now for our thoughts on the MS 400’s high frequency output: We loved it. In fact, it is hard not to gush a little over the sheer mastery of the treble region that the MS 400 offer. Granted, there is a high level of subjectivity when it comes to high frequency evaluation. It is very much individual to the listener, especially considering that, as we age, it is our high-frequency hearing that we lose first. That said, we loved the way that the MS 400 were able to expose high levels of detail and sparkle in our music selections without ever overstepping their bounds. Even our brightest and brashest recordings were tolerable when listening through the MS 400. Those that find themselves cringing at the aggressive highs of other headphones will appreciate the sweet yet scintillating sound quality of these headphones.

When it comes to soundstage and imaging, the MS 400 don’t necessarily transport you to the stage or room in which the recording was made; instead, they put the sound right smack in the middle of your head. If you close your eyes, you can dive right into the sound and lose yourself for hours, making the MS 400 a pretty outstanding candidate as a travel headphone. That said, when we connected the MS 400 to our vinyl listening rig at home, we felt engaged for hours and never tired of re-learning what the MS 400 were capable of.

When we last reviewed the Phiaton Moderna MS 400 headphones, we were enthusiastic about their sound quality, but felt they missed on a couple of key design points. That Phiaton’s response was to take their customer’s opinions to heart and offer a redesigned set of headphones based on that feedback is a testament to the company’s dedication to maintaining a close relationship with their fan base. Instead of trying to tell us what sounds good, they let us tell them, and that reflects a commitment to remaining nimble and open-minded when designing future products. Something tells us that we haven’t seen the best of Phiaton yet. For now, though, we’re happy to bestow our Editor’s Choice award to the newly re-designed MS 400 from Phiaton – a remarkably balanced, comfortable and stylish (if a tad pricey) piece of premium audio headgear.

Get ready for a new generation of wireless headphones: Bluetooth LE Audio is now a done deal

KEF’s second-generation LSX II connects to all your audio

Sonos speakers, app, and everything you need to know about wireless music