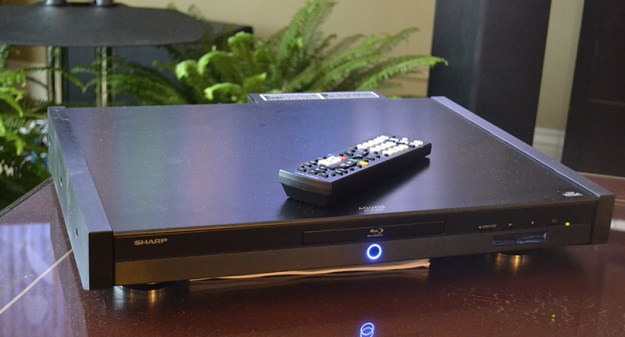 As you’ve probably noticed, it’s a wireless world out there. But one technology that has been slow on the uptake for wireless capability is hi-fi audio. Consumers have been burned time and time again on wireless technology, with some companies abandoning going wireless altogether as their customers return their interference prone wireless speakers at an alarming rate. That’s where WiSA comes in.

Far away from the manic bustle of the Las Vegas Convention Center in a suite at the Venetian hotel, we got a chance to sit down with PR Rep Linda Ferguson and WiSA President Jim Venable to learn more about the surround sound speaker standard, which turned one year old this year. After closer inspection, we think WiSA is one of the most exciting technology developments in sound in a long time.

The idea behind WiSA is simple: Make a standard technology certification for sound companies that will allow consumers to easily connect wireless hi-fi surround sound. WiSA aims to be as intuitive and easy to set up as an iPhone, and to deliver immaculate sound from whichever company the consumer prefers. Inside the suite and test room was a completely wireless speaker system from Klipsh, connected to a wireless HDMI Blue-ray from sharp transmitting – and that’s it. No receiver, amp, or wires of any kind besides power cables. Also in the room was one of Sharp’s massive 80-inch HDTV’s. After watching the video clip, and speaking with Jim, we are convinced that WiSA is the wireless audio solution of the future. And with major companies like Sharp, Pioneer, Klipsche, and Aperion (to name a few), it’s off to a very promising start.

The specs and the setup

The driving force behind WiSA is the Summit Wireless chip and module, which will be standard in all WiSA compliant devices. With WiSA 1.0, the chip provides sound at a 96KHz sample rate, at 24 bits to 2.1, 5.1, 7.1 and beyond at up to 30 feet. Summit is on the advisory board for WiSA, along with Silicon Image — you know, the people who invented a little thing called HDMI. The companies have helped develop WiSA on a broad, 24 channel wireless band that is far removed from Wi-Fi, Airplay, and DLNA transmissions to help provide a traffic free space. The open bandwidth harbors the signal from the interference problems consumers have experienced with previous wireless sound systems: If one of the channels has interference, the system automatically and (we’re told) seamlessly moves to the next channel.

But aside from the incredibly clean, unhindered sound transmission we heard from the WiSA system at the Venetian, perhaps what makes WiSA most enticing is its simplicity. Venable says the hardest thing about setting a WiSA system up is pulling the speakers out of the box. We’re not quite convinced it’s that simple, but it looks pretty close. The system is set-up by two different methods: The first, onboard the more expensive WiSA compliant products, works by having the speakers chirp at each other at a pitch well above the frequency that humans can hear. With this method, wherever you go with your remote control, the system understands and adjusts all the speakers for volume and delay, making any place in your living room the hotspot for surround sound.

The second, and less expensive method, is a simple app available on your iPad and iPhone (with an Android app in the works) that allows you to touch-adjust a virtual display that corresponds to wherever your speakers are in the room in real time. We saw this method in action, and it was really impressive to see how quickly and easily the speakers adjusted volume and delay, depending on their orientation in the virtual room on the iPad.

The future of Wisa

The only real downside we can see about WiSA speakers is the inevitable fact that they must be plugged into wall outlets. Since wireless is what makes the system special, we wondered if the organization has considered the possibility of incorporating wireless power if and when it becomes available. Venable sees that as a real possibility in the future that WiSA already has in its sites. As far as other new directions for WiSA 2.0, Jim envisions even more companies jumping on board, as well as obtaining higher bit and sample rates.

Either way, we love where WiSA is going. Standardization for any technology, when handled correctly, keeps the playing field level, invites more innovation, and lets the consumer stay in the driver seat for which products he or she choses, depending on personal preference. The bottom line is, WiSA speaker technology is easy to use and actually sounds good. What else is there to say?