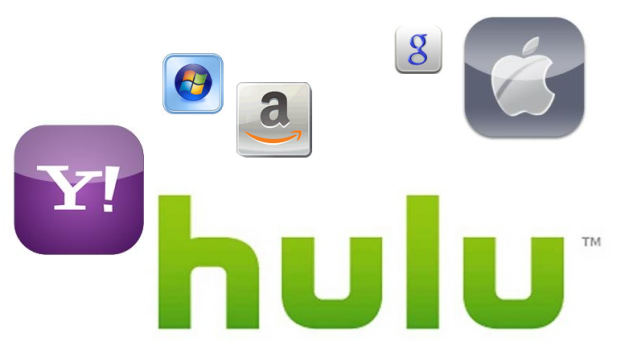 Like a kid that doesn’t want to be left out of the dodgeball game, Apple has thrown its hat into the Hulu acquisition ring. It joins the ranks of Yahoo, Google, and Microsoft, all rumored to be eyeing the online streaming service. Of course, the reality of these deals varies widely with public opinion leaning toward Yahoo being the successful bidder.

Yahoo’s lead isn’t the only reason that an Apple-Hulu acquisition is unlikely. According to AllThingsDigital, the business principles between the two companies aren’t in sync enough to make the deal work. Apple simply can’t get behind the free, ad-infused structure at the heart of Hulu. Despite Apple’s interest in connected TV and subscription-based content–not to mention the fact that purchasing Hulu would barely make a dent in its pocket–their ideal pricing models are just too different. Apple wants to sell and rent digital content, and Hulu would be abandoning its identity to quit it’s free, ad-supported, streaming.

But if the two companies can get past this, it may be an ideal partnership. Apple has something Hulu wants (subscription content) and Apple has something Hulu wants (devoted consumers –and lots of them. Oh, and ridiculously deep pockets as well). And Hulu could rest easy knowing its business wouldn’t be mismanaged or suffer because it was sold to a company that didn’t have consumers’ eyes and interest (ahem, Yahoo).

Microsoft was also an early contender and now an uninterested one. After the first round of bidding, the Redmond company decided it was done and pulled out. There’s always a chance Microsoft could jump back in to the acquisition talks though.

Amazon has also been dubbed an unlikely buyer after its initial interest in Hulu. The original outlook for an Amazon-Hulu deal was bright: Amazon could use the acquisition to bolster its young but growing digital content store, and Hulu chief exec Jason Kilar used to work at at the online retailer. It also had an edge over other early competitors, Google and Netflix, seeing as selling Hulu to these parties may not go over so well with the FTC. Given Google’s ownership of YouTube and its domination on Internet video, such an acquisition would likely draw some antitrust allegations. But apparently Amazon just isn’t willing to pony up the kind of cash Hulu is interested in.

Which leaves a handful of cable companies, and Yahoo, as the most likely buyers. Verizon, AT&T, and satellite TV company Direct TV are some of Yahoo’s competitors, but Yahoo might be the most desperate to get its hands on Hulu. Disappointing revenue and troubling investor relations continue to plague Yahoo, and bagging something as big as Hulu would give the company some stronger legs to stand on when it comes to challenging its rivals’ digital content offerings. Would it be enough to turn Yahoo’s struggles around? That remains to be seen, but there are some doubts given the downward spiral the company’s gotten itself into over the last few years. Thus far, no acquisition or company restructuring has been enough to return Yahoo to its former glory days. Further complicating matters for Yahoo is that fact that insiders tell BusinessInsider Hulu wants more than $2 billion, and that just might be out of range.

Topics
YouTube TV: plans, pricing, channels, how to cancel, and more
What is Amazon Music: everything you need to know
Best streaming devices for 2023: Apple TV, Roku, and more
Reminder: This Samsung 75-inch TV is just $580 for Black Friday
Beats Studio 3 headphones are $120 off today at Amazon
Best 4K projectors for 2023
The best ultra short throw projectors for 2023
How to watch Puppy Bowl 2023
BluOS will be updated to 4.0 with a fresh look, new features
Samsung accidentally reveals price of its 77-inch QD-OLED TV
The best QLED TVs for 2023: bring on the brightness
The best OLED TVs for 2023: from LG, Sony, and Samsung
The 50 best movies on Netflix right now (January 2023)