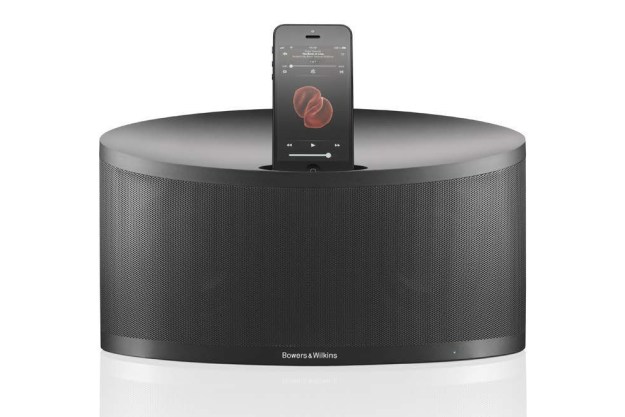 Bowers & Wilkins is one of those audio companies that is as talented at aesthetic styling as it is at sound engineering. A quick look at the company’s website reveals a wide array of innovative products, all perfectly fashioned to accent the decor of the modern living room, study, or, in the case of its headphone line, a well-tailored suit.

Of course, with premium design comes a premium price. The company’s signature Airplay dock, the Zeppelin Air, tows behind its airship-inspired frame a price tag pushing $650. Luckily for the sub-luxury crowd, Bowers & Wilkins has been developing its line of speaker docks to include several price tiers. The latest and most affordable addition to the family is the Z2.

At a more manageable price of $400, the Z2 promises convenient Airplay wireless audio streaming and elite sound in a sleek little package. But can the less expensive and diminutive speaker maintain performance worthy of the Bowers & Wilkins name? We sat down with the device to find out. Here’s what happened.

Pulling the Z2 from its box, we were struck with the succinct elegance we’ve come to expect from Bowers & Wilkins’ products. The Z2 is an ovular monolith of rubberized plastic and metal, with B&W’s signature, dimpled “Flowport” nicely integrated on the rear. Inside the box we found a DC power adapter, some instructions and promotional material, and the pod-shaped remote control we’ve grown to love.

While the litany of manufacturers coughing out wireless speakers these days are opting to outfit their wares with rechargeable batteries to enhance portability, Bowers & Wilkins has yet to embrace the concept. But while the Z2 needs to be plugged in to a wall outlet and stay put, it looks super sexy while doing it. This speaker is handsome and compact enough to dress up any kitchen counter, desk, hutch or nightstand.

The Z2’s exterior design is a sort of lesson in minimalism. The glass-reinforced ABS surface curving along the top of the device is disturbed only by a small divot in which to dock your Lightning-equipped Apple device, and a pair of touch capacitive volume controls that protrude subtly at the front.

Beneath the dimpled sound port on the rear is an input for the supplied DC adapter, an Ethernet input, a 3.5mm aux input, a power button, and a tiny, inset reset button.

The Z2’s retro-futuristic remote looks like something straight out of A Clockwork Orange. Along its glossy, curved surface are controls for volume, play/pause, song search, and source selection. The little device is just cool to hold, with ergonomic touches like a small dimple on the bottom which perfectly fits your index finger.

Unlike the Z2’s beefier A5, A7 and Zeppelin counterparts, this speaker does not feature separate tweeters. Under the Z2’s mesh speaker screen sit two 3.5 inch full range, fiberglass speaker cones. Beneath the screen, to the right of the Bowers and Wilkins logo is a small LED which blinks red when the device is first plugged in, and, later, a flashing yellow as it awaits connection to your network.

The wealth of various treble tones in the album… quickly revealed the Z2’s stunning upper register as the star of the show.

Before you can connect wirelessly to the Z2, you must first download Bowers & Wilkins’ setup app (this is the 21st century after all). The app leads you through a series of short steps to connect the dock to your wireless network, and select the name with which it will appear on your device.

After the short initial setup, the LED gleams violet as the Z2 powers on, poised to deliver its crystal clear Airplay connection. Throughout our testing, we had nothing more than a solitary blip of signal disruption, a virtual first in our ample experience with wireless devices.

We tested the Z2 by playing a wide variety of music from our iPhone 5’s catalog, primarily via Airplay. What we experienced was an articulate, well balanced sound signature notable for its airy upper register (no pun intended), and matched by a silky low end and midrange.

How long we stick with our first music clip is usually a good initial indicator at how much we enjoy an audio device. In this case, we queued up an old favorite from The Decemberists, The Crane Wife, and listened through to its completion thanks to the Z2’s vivid clarity. Canvassing the album’s wide range of instrumentation, the speaker displayed a clean balance of detailed vocals, silvery acoustic guitar, and biting rock organ and electric guitar. The wealth of various treble tones in the album – from crash and ride cymbals, to xylophone and moog synthesizers – quickly revealed the Z2’s stunning upper register as the star of the show.

As we moved on to other genres, we were struck by Z2’s brilliant midrange and low end performance as well, displayed with a satiny texture that we found pleasant and comfortable. Snare drum and toms had a smooth, thick crush on many tracks, and bass tones were often velvety. While we wished for a heavier presence in the lower register, you can only ask for so much from a speaker of the Z2’s size before you have to start making some compromises. If a little bit of bass must be sacrificed for that sparkling treble we described earlier, we’re ok with that.

The Z2 was also adept at separation; and in more ways than one. The Z2’s drivers did a great job of creating defined instrumental spacing, allowing us to thoroughly explore the various timbres and tonal colors throughout our recordings. But we were also surprised to find a fairly decent amount of stereo separation coming from such a compact speaker; an effect that was especially evident in the sweeping movement of the synthesizer tones found in some of our favorite electronic music.

Perhaps our favorite moment (or at least the one that sticks out the most) was the Z2’s gorgeous display of the piano on Bowie’s “Fill Your Heart” from Hunky Dory. We were in sheer reverie as we followed the bright flare of the keys descending fluidly into the next track, “Andy Warhol.”

We do have a bit of criticism to offer: We found that the Z2’s bass response was oddly inconsistent. With some tracks, we felt the speaker came off a bit boomy, while other tracks lacked low end force, revealing kick drums with a flat, poppy tone. However, for the vast majority of our experience, the bass was ample and well-balanced. Perhaps this makes an argument for some on-board tone controls. Thought it can also be argued that our device’s EQ could be used almost as easily.

Our only other issue with the Z2’s sound has us circling back to its best attribute: treble response. As mentioned earlier, we felt the midrange was, at times, robbed of energy by the drivers’ focus on the high end, an aspect that was especially evident in older rock tracks. All this is to say that we think those who prefer a darker sound may find the Z2 to be a little on the bright and shiny side.

At $400, the Z2 is still a bit of an investment for such a compact wireless speaker/dock, but we think it’s a worthwhile one. Though we wished for a bit more warmth and fullness in the Z2’s tone at times, it consistently displayed its prowess for brilliant clarity and immaculate detail throughout our listening sessions. This speaker’s elegant design, flawless wireless performance, and stellar upper register make it a serious contender in the mid to high-end wireless speaker market.

Topics
Bowers & Wilkins’ wireless earbuds get better battery life and longer range
The best subwoofers you can buy in 2023
The best Blu-ray players for 2023
The best speakers for 2023: great hi-fi options for music and more
Is there a Sling TV free trial? Here’s what you need to know
What’s new on Apple TV+ this month (February 2023)
YouTube TV loses MLB Network and MLB.TV add-on
YouTube TV: plans, pricing, channels, how to cancel, and more
Apple’s MLS Season Pass is about more than just streaming games
Best 75-inch TV deals: Get a large screen for the Super Bowl
Flash sale drops the price of this 55-inch QLED 4K TV to just $370
Netflix expands its spatial audio, number of devices that can download content
Sony’s 2023 AV receivers are Sonos-ready and work with wireless speakers