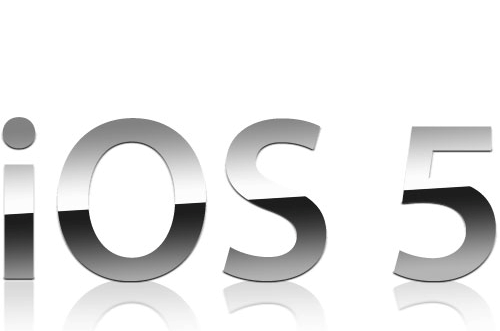 Yesterday Apple revealed a massive 200 new features that would hit iOS devices come fall. Among them are innovative and simple tweaks that will make using iPhones, iPads, and iPod Touches easier and more fun. Some of them are even original – and some of them take…let’s call it inspiration…from Apple competitors. For a brand that often takes shots at other mobile manufacturers out there, it certainly seems like the company admires their work. Imitation is the purest form of flattery, right? Here are some of the improvements in iOS 5 Apple is being especially heralded for that we thought looked a little familiar.

There’s no denying that iMessages is Apple’s version of BlackBerry Messenger. BBM is one of the most well-loved features BlackBerry has to offer, and gives its users a private messaging app that keeps chatting exclusive between other BlackBerry users. Beyond just feeling privileged enough to be granted access, BBM offers security by keeping your messages between other BlackBerries only. Of course, this was more of an advantage when the brand was the handset of choice for the corporate world, but Apple has been edging in on that status. Now iMessages does…exactly the same thing. Both allow unlimited characters, both show you when recipients have viewed and are responding to your messages, and both allow various types of content.

Apple’s nemesis, Android, got there first when it comes to this notification display system. Apple’s gotten a lot of flak for its previous notifications, which interrupted other use and gave you no choice but to view them right away (often rolling in one after another, in a endless stream of things you had to be caught up on) or ignore them, never to be seen again. Now, taking a page out of Android’s book, you can swipe from the top of your screen downward to see your recent notifications. The Android Notification Bar set the stage for Apple’s Notification Center – and was a feature available in the very first Android phone ever.

Now this one deviates from straight up copying its competitors. As we all now know, Apple has deeply integrated Twitter into its handsets with iOS 5. Nearly every single thing you do via an iOS device now can be shared on Twitter with one touch. While Android doesn’t have this specific tool built-in, its smartphones have Intents. This means that apps that want to include a share button allow users to customize what the share options will be: Twitter, Facebook, Gmail, etc. We know, Apple didn’t directly take this from Android, but it’s a similar idea and one that’s been on Android smartphones for awhile.

Score one more for Android. Apple users are thrilled they can finally customize their touchscreen keyboard to their liking – an option Android users have already been able to enjoy. It was a new feature that Apple focused on too much yesterday, but one that iOS users (especially those of the iPad persuasion) are excited about. If should also be mentioned we’ll be seeing this in Windows 8.

This roundup wouldn’t be complete without Apple being influenced by Windows Phone 7. Yesterday we were reminded how popular the camera function of the iPhone is: It’s one of the top cameras on Flickr. While it’s always been an incredibly easy app to use, Apple has made it easier by giving users immediate access to it even when the screen is locked. A Camera app icon now appears next “Unlock” and users merely have to click the volume-up button to capture an image. Nifty, right? Windows Phone 7 thinks so too! Head of Windows Phone 7 product definition and design Joe Belfiore even commented on the similar features, which include a host of new photo tools: “Feeling flattered today. Lots of great WP ideas headed to iOS. (Camera button/above lock, auto-upload of pics…)”. He also informed one excited iOS user that WP7 handsets have a dedicated camera button that actually wakes up your sleeping phone and takes you directly to the camera. He cheerfully adds the handset has “Been shipping for eight months!”. Do we detect a hint of sarcasm?