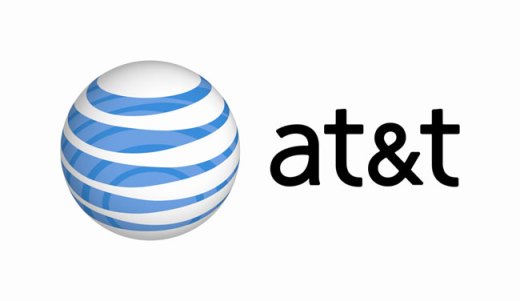 AT&T Inc. said late Tuesday that it will begin allowing iPhone owners to use Internet calling services on its wireless network.

The phone giant, the exclusive wireless provider for Apple Inc.’s iPhone, has until now allowed Internet calling services to work on the popular device only over Wi-Fi connections. Those connections generally have limited mobility and therefore present less of a competitive threat to AT&T’s core wireless calling business.

The move comes amid a Federal Communications Commission inquiry into competition in the wireless industry. Among other things, that inquiry will examine handset exclusivity deals, such as AT&T’s agreement with Apple giving AT&T exclusive access to the iPhone.

It also comes ahead of an FCC vote scheduled for later this month on “network neutrality” rules, which would prohibit broadband providers from favoring or discriminating against certain types of Internet traffic flowing over their lines.

FCC Chairman Julius Genachowski, one of three Democrats on the commission, wants to impose net neutrality rules to ensure that broadband providers don’t abuse their power over Internet access to favor their own services or harm competitors.

His plan faces stiff opposition from the phone and cable companies that provide most broadband connections in the U.S. and has particularly alarmed wireless carriers because it would also apply these rules to wireless networks.

AT&T said late Tuesday that it has informed Apple and the FCC that “it has taken the steps necessary” to enable Voice over Internet Protocol — or VoIP — services on the iPhone over its 3G wireless network. AT&T said it made the decision “after evaluating our customers’ expectations and use of the device compared to dozens of others we offer.”

Apple welcomed the announcement. “We are very happy that AT&T is now supporting VoIP applications,” said Apple spokeswoman Natalie Kerris. “We will be amending our developer agreements to get VoIP apps on the App Store and in customers’ hands as soon as possible.”

“Our customers are extremely interested in taking Skype conversations with them on the go on the iPhone,” Silverman said in a statement. “We applaud today’s announcement by AT&T to open up its 3G network to Internet calling applications such as Skype. It is the right step for AT&T, Apple, millions of mobile Skypers and the Internet itself.”

Referring to the upcoming net neutrality vote, however, he added that “the positive actions of one company are no substitute for a government policy that protects openness and benefits consumers.”

The FCC has already signaled that it is playing particularly close attention to the iPhone. In late July, the agency sent letters to Apple, AT&T and Apple asking why Google Inc.’s Google Voice program has not been approved for use on the device.

Google Voice lets people sign up for a new phone number, then route incoming calls out to cell, office or home phones. It also lets users place calls, including international calls at low rates, from within the application. Although iPhone owners can still use a Web browser version of Google Voice, its features are limited.

In its response to the FCC, AT&T said the decision was made entirely by Apple. Apple said it has thus far blocked the Google Voice program from running on the iPhone because it duplicates some of the iPhone’s built-in features, but added that it is still studying the application.

Meanwhile, with more federal regulations looming, AT&T has gone on the offensive.

Last month, the company sent a letter to the FCC complaining that Google Voice has an unfair advantage since it blocks calls to rural communities where local carriers charge high connection fees even as regulations prevent AT&T from blocking such calls.

And Art Brodsky, a spokesman for the public interest group Public Knowledge, suggested that AT&T’s latest actions are an attempt to head off net neutrality obligations.

“It’s too convenient that AT&T announced it had changed its mind just 16 days before the FCC is due to vote on proposing wireless rules preventing discrimination,” he said.