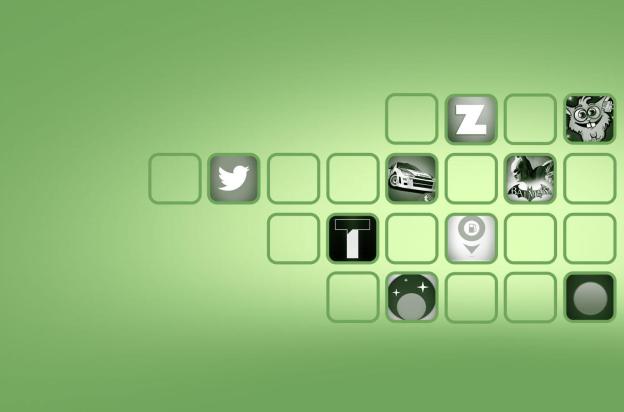 We found out this week at the Microsoft Build event that Windows platforms will be getting a number of notable apps in the near future. It’s good news for Windows Phone and tablet owners, but if you don’t have time to wait for those apps to roll out – or don’t have a Windows 8 device at all – but do have an urge for some new apps now, check out our best apps of the week.

Summer is a solid three month chunk of the year during when some of us finally have the time to travel. It’s also a great time for gas stations to crank up their prices to squeeze every penny out of our tanks. Fuelzee aims to point you to the cheapest gas around, but it also serves a second purpose: To make buying gas more fun and beneficial to you. Check in to gas stations a la Foursquare and you’ll earn points to get discounts on food and drink items in the station.

The plot of Sewer Escape is one we’ve all heard before: Three hamsters eat radioactive sludge and acquire new skills that will help them make their way through the New York sewer system as they try to escape a mad scientist. It’s the old classic tale. Sewer Escape features 40 levels spread through five unique game zones that will challenge you to navigate tricky location, collect and discover power ups and items, and eventually escape from the New York underbelly.

Zeebox (update for iOS and Android)

Zeebox is already one of the main go-to apps for TV buffs that want to be a little more social or learn even more about their favorite show as they watch. In its most recent update, Zeebox has upped the ante on it’s already extensive feature list by adding to its automatic content recognition system. Users let Zeebox listen to their TV and the app will instantly recognize the show – no matter if its live or recorded – and provide information to accompany your viewing.

Video sharing apps seem to be all the rage lately, but TouchCast isn’t another Instagram or Vine type service: This is a full-fledged video medium that integrates other parts of the Web into the experience. You can embed anything from pictures to a Twitter feed to other video into your video, making it the ideal platform to record something like a quick newscast, field report, or just a more detailed vlog. It’s a powerful video creation tool with none of the barriers to entry that other video editing programs require.

Colin McRae has had his name on a fair share of games – and probably more important to him, oversized checks given to winners of races – but this is his first appearance on iOS. Taking the track mobile, Colin McRae Rally shrinks down the cars but doesn’t lose any of the speed. Try out thirty stages that cover an impressive 80 miles as you compete with other racers for the top spot. Unlock new cars, take on various challenges, and take home the top spot. (Sorry, you won’t get a real oversized check for winning a virtual race.)

Imgur is the image hosting option of choice for Redditors and many others. The free service is now available on Android as the app left beta this week. You can upload images on the go from Wi-Fi or on your cell phone’s Internet connection, and Imgur’s simple upload process makes the steps from upload to finished product makes things easy. You can also browse the work that has been uploaded by others, meaning you can check out a bunch of memes that you don’t understand.

Sunset is a unique service for Android users that tackles a problem we’ve probably all experienced. This app applies a screen filter to your device that will help ease your light night viewing on the device. It’s a great option for stargazers who want access to their phone but don’t want to ruin their view of the sky, for light night readers who don’t want bright white backgrounds or text to pierce their eyes, or for whatever you may decide to use it for.

Batman: Arkham City Lockdown is partially an extension of the Batman: Arkham City universe and partially a Batman-style beat ’em up. Know who isn’t complaining? Us, because it’s a Batman game. More so, it’s a Batman game that you can play on the go. Take control of the Dark Knight and fight off prisoners that have escaped as you work your way from rooftop to rooftop. Take on classic Batman villains, try out different Batman costumes, and did we mention you get to play as Batman?

Twitter has put in plenty of time making its apps for iOS and Android the best that they can be. This week, the micro-blogging service turned its head to its Windows Phone and Blackberry apps to give them an overhaul. The Windows Phone version gets an update that works with Microsoft’s Translator API to make tweets appear in your language of choice. The Blackberry app gets some visual enhancements, including indications for retweets and favorites that will appear in-line on the app.