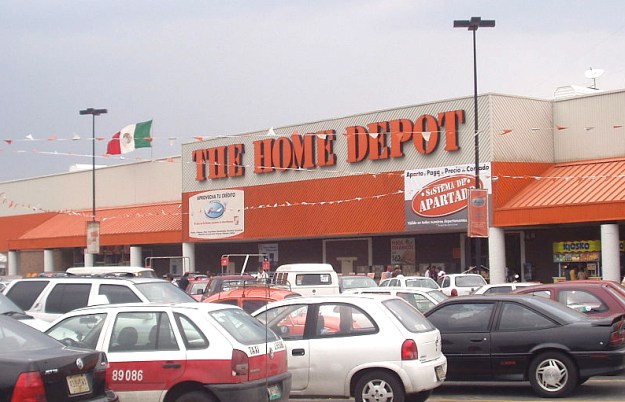 With the launch of its new BlackBerry 10 platform at the end of last month, the-company-formerly-known-as-RIM is hoping to stem the tide of companies and government agencies switching over to iOS and Android devices for its employees.

A report over the weekend from Apple Insider, however, suggests it’s business as usual, with home improvement retailer Home Depot apparently planning to dump BlackBerry in favor of Apple’s iOS platform. A Home Depot representative told Apple Insider the switch will result in 10,000 employees handing in their BlackBerry handsets.

“We are replacing our current base of BlackBerry technology with iPhones,” the representative said, pointing out that the decision will affect store managers, district managers, corporate-level staffers and field ops.

As you might expect, BlackBerry shares on Monday reacted badly to the news, with their value falling by around four percent.

While the plan to switch to the iPhone may have been in place for a while, the timing of the announcement – coming less than two weeks after BlackBerry launched its long-awaited BB10 platform – couldn’t be worse.

While BlackBerry refused to comment directly on Home Depot’s decision to move across to the iPhone, company spokesperson Amy McDowell tried to downplay the news by telling Reuters in an email that “over 2,700 unique businesses in North America already registered for our BlackBerry 10 Ready Program.” She added that the Canadian company believe “BlackBerry is, and will continue to be, the best solution for corporations managing large smartphone deployments.”

But if companies continue to desert BlackBerry, thereby snubbing its new BB10 handsets, it surely spells disaster for the Ontario-based mobile maker. Throughout last year, a steady stream of companies and government agencies announced they were ending long associations with BlackBerry.

The US Immigration and Customs Enforcement agency (ICE), for example, announced in October it would be equipping its more than 17,000 workers with Apple’s iPhone, ending an eight-year contract with BlackBerry.

In a document obtained by Reuters at the time, ICE complained that “RIM technology….can no longer meet the mobile technology needs of the agency,” adding that the iPhone, together with a slew of Android handsets, had “leapfrogged all other competitors” in terms of the technical and functional capabilities offered by smartphones.

Of course, that was before the launch of BB10. Firms currently with BlackBerry will be taking a close look at the new operating system and handsets, with BlackBerry executives praying they like what they see.

Topics
Video-editing app LumaFusion to get a Galaxy Tab S8 launch
Don’t miss your chance to buy an iPhone SE (2020) for $99 today
Your iPhone may be collecting more personal data than you realize
Google to pay $392 million to 40 states in location-tracking settlement
iPhone 14 satellite connectivity: how it works, what it costs, and more
Sorry, Elon — your Tesla phone is never going to happen
Fitbit Cyber Monday Deals: Save on Sense 2, Charge 5, and Versa 2
Apple Cyber Monday Deals: Apple Watch, AirPods, iPad, MacBook
Get these JBL earbuds and 4 months of Music Unlimited for $25
OnePlus’ new Android update policy matches Samsung, shames Google
How Apple can fix iOS 16’s messy lock screen customization in iOS 17
The best voice-changing apps for Android and iOS
Spotify Wrapped 2022: what it is and how to view it