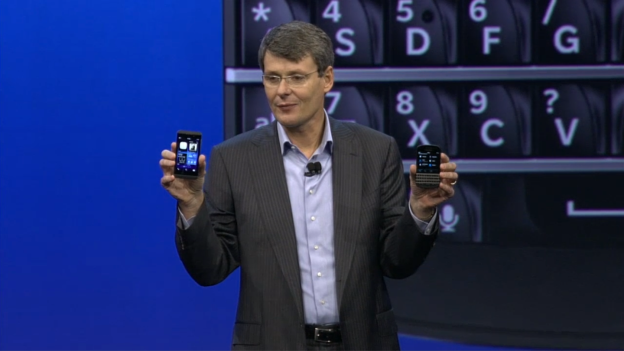 Blackberry OS 10 debuted back in January, and after two months of making friends in Europe, the Blackberry Z10 has finally arrived in America. The smartphone is available at retailers such as Best Buy and RadioShack and is available through AT&T with more carriers on the way. But between lukewarm analyst reports and million-unit purchases, nobody is quite sure just how well the new Blackberry will perform.

While Android and iOS have been taking the U.S. market by storm since 2007, Blackberry has been steadily losing ground. Plagued by outdated hardware, a weak OS, and a growing number of people bringing their own devices to work, Blackberry has fought tooth and nail to maintain what little market share that remains in the U.S. for its devices. With the launch of Blackberry 10, the company hopes to win back customers and corporate clients alike with a brand new operating system, and fresh hardware. The Blackberry Z10 is the first of many planned BB10 smartphones set to launch in the United States.

The BlackBerry Z10 is currently available through AT&T, as well as in-store with Best Buy and RadioShack. Verizon is also accepting pre-orders, and T-Mobile has been announced as a future partner for the flagship phone. Sprint has decided to wait and will instead launch with the Blackberry Q10 sometime later this year. While early adopters will have to stick with AT&T if they want a Z10 right away, it’s a good sign for Blackberry that most U.S. wireless companies are willing to give its new smartphone a shot at winning over customers.

BlackBerry has been bragging about its new smartphone, but has yet to prove itself a worthy competitor to Samsung, Apple, or any one of the other major manufacturers out there. Though analysts speculate the Blackberry 10 launch to have been lukewarm at best, we can’t forget the million-unit purchase by an anonymous firm just a week ago. Either way, if you’re interested in the Z10, it’s up to you to decide if it’s the right phone for you, so be sure to check out our review on the new Blackberry handset. But even if BB10 is DOA in the USA, there’s a lot ways Blackberry can survive.

Video-editing app LumaFusion to get a Galaxy Tab S8 launch
How to buy the Galaxy Z Flip 4 and Z Fold 4 right now
T-Mobile partners with SpaceX to ‘end mobile dead zones’
You don’t want to miss this Samsung Galaxy Watch 4 deal
The best Samsung Galaxy Z Flip 3 screen protectors
The best selfie apps for iOS and Android
Experts say the iPhone 14’s satellite feature may have a dangerous side effect
How the Galaxy Z Flip 4 fixed my unhealthy phone habits
iOS 16’s biggest Apple Pay feature might be delayed until 2023
Best iPhone deals and sales for September 2022
Huawei’s Mate 50 Pro is here with an insane 200x zoom
Best Prime Day Deals: What to expect from the October event
Best tablet deals for September 2022