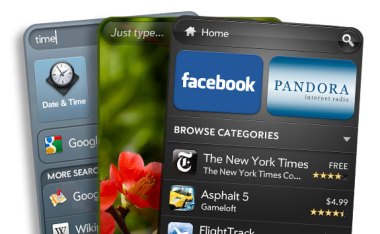 If WebOS really does go down, it’ll take with it all its developers too. Sniffing an opportunity, Microsoft’s director of developer experience for Windows Phone, Brandon Watson, put out a call on Twitter late Friday suggesting WebOS developers turn their attention to Windows Phone.

The tweet, picked up by Cnet, said: “To Any Published WebOS Devs: We’ll give you what you need to be successful on Windows Phone, incl. free phones, dev tools, and training, etc.”

The former WebOS developers will need to decide whether to take up Watson’s offer, or instead move over to the two more popular platforms, Apple’s iOS and Google’s Android. Or simply throw the towel in on the whole business.

Developers have been responding to Watson via Twitter in the past few hours, interested in finding out more about what might be on the table, with Watson offering to put one in touch with “one of our mobile champs.”

In one tweet, writer Ed Bott reminds Watson of Microsoft CEO Steve Ballmer’s thinking when it comes to developers. Bott links to a famous video showing a sweaty Steve Ballmer, seemingly on the verge of keeling over, shouting “developers” 14 times in a row at an audience that was left in little that doubt that developers are a group of people that mean a lot to Microsoft.

Watson confirms this, tweeting: “Developers matter. Every. Single. One.”

The situation has come about following Hewlett-Packard’s announcement on Thursday that it would be exiting the PC business and ending tablet and smartphone production.

But have reports of WebOS’s death been greatly exaggerated? An article on Thursday suggested there’s life in the ol’ operating system yet, with HP’s head of webOS, Stephen DeWitt, saying, “We are not walking away from webOS.” Apparently, though, he had no firm announcement to make regarding its future.

The longer the confusion continues about what’s going to happen with WebOS, the more interesting Brandon Watson’s tweet will begin to look to its (former?) developers.

Update: Three hours after Watson put out the call to WebOS developers, he tweeted: “I’m floored at # of @ replies and emails of WebOS devs looking for a home. Putting kids 2 bed. I’ll personally answer each 1. U deserve it.”