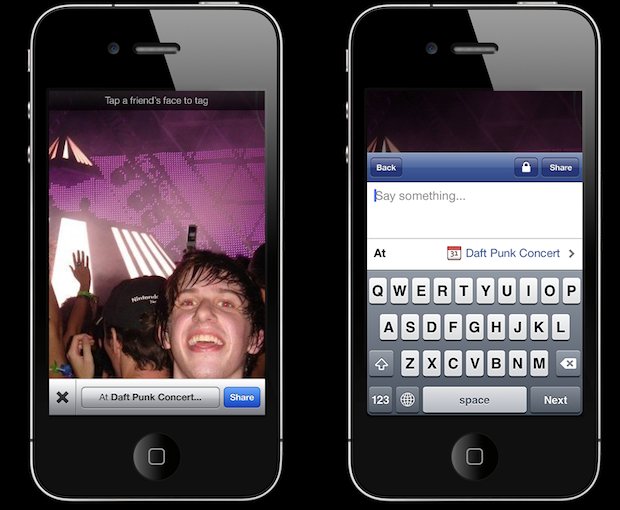 This morning, the world got a hold of an early look at Facebook’s photo-sharing app. Being the social networking giant it is, Facebook is poised to take the mobile world by storm with what could easily be the photo app to rule them all. Even the brief glimpse and limited information we’ve had about the project have been enough to yield praise and excitement over the forthcoming application. Now TechCrunch has revealed more thorough insights about its early look at the Facebook mobile photo app that could make a convert out of even the most loyal Instagram addict. Here are some of the initial impressions we can gather from what’s available thus far, as well as a couple of the most intriguing features.

More than just a photo app?

There’s the distinct possibility this is more than just a photo-sharing app. It could very well be an entirely redesigned Facebook application, something that mobile users have been petitioning for. The depth of what this app seems to offer also makes us wonder whether it’s being designed with the iPad specifically in mind (there currently is no official Facebook app for the iPad). Whether it’s a redesign for smartphones or Facebook’s first go at a full-blown iPad app, some of the images make it look like there’s more than photo sharing at play here.

At the same time, we’re not ready to rule out the possibility that Facebook is ready to offer its own specific photo app. It is far and away the most popular photo-sharing platform out there, and it’s only natural that the site will further capitalize on this eventually. The other possibility (maybe the most likely) is that these ideas are both true and Facebook is redesigning its app(s) to focus on photos. The Facebook mobile-optimized site is more used than its app for many purposes, except for photos. If Facebook could take the attention it gets for this one feature and simply create a new concept for the mobile Facebook experience it could have some major success on its hands. Instead of the Facebook-lite version you get in the app, the software may be totally reformatted to focus on how people use their smartphones and the mobile-social experience – much of which revolves around photo-sharing.

But our questions in general: Will it stand on its own? Is it an official app redesign? Is it integrated into the Facebook app’s current photo function? Only time will tell.

One of the most annoying things about sharing photos on Facebook as it currently stands is the inability to share more than one photo at once. Whether you create an album on your smartphone or simply upload photos to your Status, you can’t select more than one photo at a time. And in an age where the smartphone is responsible for more than a sampling of the images uploading to Facebook, there’s some serious convenience being sacrificed. From the looks of it, the app would allow users to take multiple pictures at one location or event or what have you that would then be instantly shared at once. The “leaked” images show photos folding atop each other as they are collected, and an icon showing many you have to share. Combine this with your location via Facebook Places, include a description, and share in one fell swoop instead of at painstaking intervals.

Photos and comments – at the same time!

Not sure about you, but we despise how you have to click the comment bubble icon to see who’s liked or commented on an image. The action takes away the very photo you’re interested in seeing described, which seems downright unintuitive. The app would transparently lay the caption over the photo as well as show how many comments and likes there are. This could expand to show you the individual comments, all while keeping the photo in question in plain sight. It’s a small improvement, but a much-appreciated one and something we’d hope to see woven into the official Facebook app’s photos, regardless of whether this particular software is bound for the current app or not.

Video-editing app LumaFusion to get a Galaxy Tab S8 launch
Relax, the EU’s scary USB-C rule won’t rob you of fast-charging benefits
The Google Home app finally has the big redesign you’ve been waiting for
Apple comes clean with what it really thinks about iPhone 14’s Dynamic Island
How to quickly share Wi-Fi settings in Android
Best Amazon Fire tablet deals for October 2022
The best Apple iPhone 14 screen protectors for 2022
Waiting for Touch ID on a new iPhone? This report has some bad news
Is the Apple Watch UItra too big? We took a bunch of photos to show you
Samsung Galaxy Watch 5 Pro vs. Galaxy Watch 4 Classic
Xiaomi’s new phone has a 200MP camera — and its photos are stunning
It’s official: Apple is required to make a USB-C iPhone by 2024
Lenovo’s AirPods alternatives are on sale for just $15 today