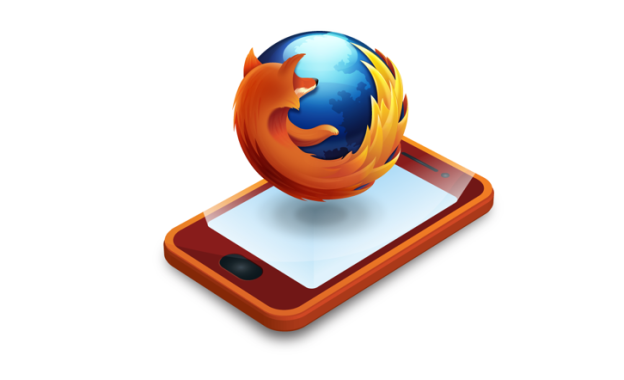 At its Mobile World Congress press conference, Mozilla offered up the final details on the long-awaited Firefox OS and the phones that will run it. Firefox OS is a smartphone operating system that is as open as the organization’s browser and runs apps made with the language of the Web: HTML5. The first handsets running FOS will come to market in Europe and Latin America first. U.S. denizens will have to wait a year or more for phones specifically aimed at us.

What’s the big deal about Firefox OS? How is it different from or better than Android, iOS, Windows Phone and the rest? Here’s a breakdown of everything you need to know.

What is Firefox OS?

Firefox OS as a mobile operating system built on open Web standards. That means it works a lot like a browser or a website. The same code behind those is behind Firefox’s mobile OS. It’s also open source, meaning anyone with the knowledge to do so may help contribute to the code to make it better and build applications for it.

The concept is similar to Chrome OS for computers. The difference is that Firefox is made for smartphones, which are more likely to have near-constant connectivity. Just like Chrome OS, Firefox OS apps are Web-based and made with HTML5 and other Web coding. Mozilla says this will make it easier for developers to create apps because they won’t need to learn new code or deal with major compatibility issues. In the end, that means more apps for consumers and fewer problems with them.

Firefox OS phones will come with standard apps – dialer, messaging, email, browser, maps – and already has a small but impressive group of apps available to download. Big names like MTV, Disney, Facebook, SoundCloud, EA, Twitter, TimeOut, and more show that Mozilla is going in a good direction in tempting app development partners. Still, the process will be slow going in the beginning, as we saw with Android in the early days and Windows Phone and BlackBerry right now.

Mozilla will launch a Firefox app marketplace to aid discovery but this will not be the only place where people can find, download, and easily install apps. If developers want to offer apps from their own websites, they can. Mozilla also has no problem with other groups setting up alternate app stores.

An issue that comes up when talking about a platform or apps made with Web code is whether that means they will work when the user is without a connection. Thanks to HTML5, they will.

HTML5 code allows a Web app to store itself and the data it needs on the device locally. If an app doesn’t require a connection to work (such as streaming music or a search engine), it will work offline just as well as it does online as long as it’s coded to do that. Developers will have to ensure that information users expect to be able to access online is available, but that’s true for Android, iOS, and Windows Phone, too.

One advantage of the Web app approach is that it’s possible to use a Firefox OS app without necessarily saving it to your device. It will work just the same, but won’t live in your app drawer forever if you only needed it once.

Using a unique user identifier, those same apps will be able to recognize you across devices, which could translate into apps that seamlessly work across your phone, tablet, and computer down the line.

In the two years since Mozilla started this project it has gathered an impressive number of hardware partners for the eventual launch. Mozilla CEO Gary Kovacs laid out the basic strategy at the press conference, which is to offer smartphones that are a small but significant step up from feature phones. The intended audience is people who want to upgrade but can’t necessarily afford high-end smartphones. Presumably Firefox OS phones will be competitive with or even less than low-end Android products. The handsets aren’t going to be very expensive and won’t sport the kind of specs we expect from flagship phones.

Here’s what we know about the first handsets:

ZTE Open: This phone’s 3.5-inch, 480 x 320 display is modest, as are the internal specs. The Cortex-A5-based Qualcomm processor is clocked at or under 1GHz and backed by just 256MB RAM. There’s only 512MB of internal storage and a 2GB microSD card to bolster it. Connectivity includes 3G, wi-fi, Bluetooth, GPSm and FM radio. Looks like there’s only one camera, a 3.2 megapixel shooter on the back.

Alcatel One Touch Fire: The base specs here are about the same. You get a 3.5-inch display, 1GHz Qualcomm CPU, 256MB of RAM, 512MB of storage, and a microSD card slot pre-filled with a 2GB card (it can take cards up to 32GB). Same wireless radios: 3G, wi-fi, Bluetooth, GPS, FM radio. A 3.2 megapixel camera adorns the back. The 1400mAh battery should provide pretty long battery life for such a little thing. The back will come in a number of bold colors, included Firefox orange.

In the near future, expect announcements from LG and Huawei as well.

These first specs tell us that Firefox is meant to be a lightweight OS, thus no need for hugely powerful processors or even a ton of RAM – or so we hope. If the phones are underpowered, that won’t serve the consumers, even if said consumers aren’t spending a lot of money. It also appears that Firefox apps won’t take up a lot of space what with so little internal storage. This makes sense given that they’re web apps, but it does call into question how much people will be able to store locally.

The first Firefox OS handsets will be available to buy starting in June of this year. And the first countries to get them are Brazil, Colombia, Hungary, Mexico, Montenegro, Poland, Serbia, Spain and Venezuela. No, you don’t see the U.S. on that list. Mozilla says that that won’t happen until 2014.

Specific prices for the phones haven’t been announced yet. However, Mozilla’s CEO said that they would be just above feature phone costs and offered unlocked. An affordable phone not tied to one carrier is something to be excited about.

Stay tuned for hands-ons with the devices and more Firefox OS news.