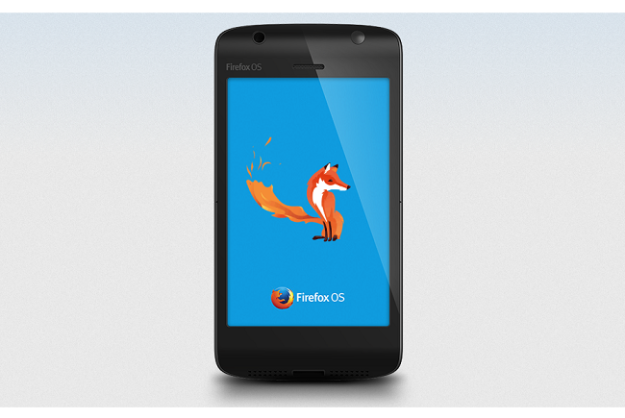 Between iOS, Android, Windows Phone, BlackBerry OS 10, and Ubuntu, you’d think we already had a host of mobile OSes to look forward to in 2013 (for better or worse). Well, it’s time to add another one, Firefox, to that list. At the Mobile World Congress today in Barcelona Mozilla showcased its latest progress in its Firefox OS, powered by a ZTE handheld, and featured it along with a variety of big-name European partners.

While some may groan at the sight of another operating system coming to mobile market, Firefox OS is looking to address some legitimate concerns with current OSes available, including the big issue of the “walled garden,” where developers have little-to-no access under the hood of the OS. During his MWC keynote, Mozilla CEO Gary Kovacs joined more than half a dozen other executives from big international names like Deutsche Telekom, Telefonica, and America Movil to show off where Firefox OS is at and where it’s headed. In a room packed with more than 700 people, Kovacs talked about his concerns with unlocking the mobile world, much in the way Firefox did with Web browsers over the last decade. Partnering with all these wireless carriers, Kovacs detailed plans to bring the Firefox OS to the world by the summer of 2013, and help fight the “walled garden” experience most associated with devices like the iPhone. With its “Global Allies” behind it, Mozilla hopes to make every mobile experience as open as possible with Firefox OS.

When you get down to the dirty details with Firefox OS, it certainly is very Android-esque with its Linux roots, but much more open than any other OS out there. Originally called Gecko, Firefox OS has been in development for more than two years now, and is looking primarily at the developer demographic; Firefox OS wants to give developers the easiest way possible to integrate their applications into the device. We won’t see Firefox OS beyond a developmental perspective until summer, but it looks to be focusing on a very strong app experience, letting the apps fill and evolve the OS, and give developers as much control over the user experience as possible. Mozilla also showcased the OS’s ability to smartly offer apps based on search queries and interests, rather than force users to do this searching (app search and discovery currently being something of a broken system in current popular mobile OSes).

Firefox OS will not be coming to the U.S. until sometime in 2014, but it will certainly be making quite an impact as more than half a dozen major wireless carriers get behind the new OS with Mozilla and ZTE leading the developmental charge. The preview so far at MWC was but a taste of what’s to come, and while Mozilla revealed a variety of small applications working, the company stands behind building a platform that developers can easily integrate into, rather than building an all-inclusive experience on its own. We’re excited to see what Firefox OS will show in the coming days of MWC, but even more excited to see what kind of reception it will have once it starts appearing on the shelves.

Video-editing app LumaFusion to get a Galaxy Tab S8 launch
The best Bluetooth trackers for 2023
Are Kindle books free? How to read on your Kindle without paying a dime
How to bet and play on FanDuel
Why I hope Apple makes iOS 17 as boring as possible
Is the Samsung Galaxy A14 5G waterproof?
The best fitness trackers in 2023: our 10 favorite picks
Watch the Galaxy S23 Ultra get unboxed a week before launch
The best iPhone apps in 2023: 50+ apps you need to download now
The iPhone 15 Pro’s rumored new design is one I can’t wait for
The best folding phones in 2023: our 6 favorite foldables right now
You can finally take ECGs and track AFib on a Garmin smartwatch
I bought a $50 Apple Watch Ultra clone, and it blew me away