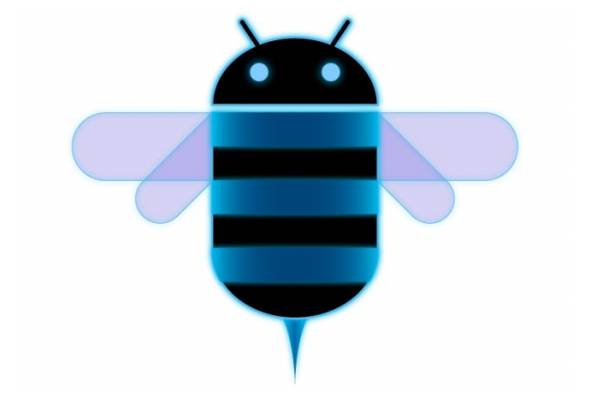 We already got a look at Android’s Honeycomb last week, but at a press event today Google officially revealed its tablet-optimized OS on the Motorola Xoom (which, unfortunately, wasn’t given much attention – guess we’ll have to wait). Google appears to be comfortable with big, noticeable changes to its operating system’s UI, but dedicated Android consumers will still feel at home with the layout and features developers have included. And according to Google, we all need to thoroughly acknowledge Android engineers: They were working on Honeycomb right up until presentation time this morning.

As expected, Honeycomb looks like it will be a performance powerhouse for Android tablet users. Google exec Barra Barra ran us through an overview of the OS and showed off a little of what we’d already gathered and offered additional insight. Multitasking is becoming a buzz word for tablets (RIM exhibitioners said the word more times than we could count at the Playbook display at CES) and Honeycomb is focused on it. Navigation has been revamped with multiple multitasking widgets allowing users to browse, open, or dismiss currently running applications in multiple ways. The settings panel offers instant access to airplane mode, Wi-Fi and the like at the bottom right hand corner, which is reminiscent of a PC and convenient at the same time.

Of course, a significant amount of the display is dedicated to apps. Barra pointed out that while apps developed pre-Honeycomb function are entirely suited for tablets and can support multi-finger and hand touch, developers have been using an updated toolkit to create and modify apps with the tablet in mind.  To this end, heightened drag-and-drop functionality and panels that slide out to reveal additional information for certain applications (such as the Gmail client’s multiple mailboxes) are now included.

Performance improvements didn’t end with productivity features either. Google announced it’s working with a new graphics engine called Renderscript, which is built for high-performance 3D graphics. Barra showed off the upgrade in a few different applications (see below), and also hyped that this means some stunning gaming experiences will be possible. 3D isn’t the only dimension Android focused on though, and announced that 2D drawing can now be hardware accelerated with one line of code, so transitions between apps is now smoother and more polished.

Of course, video chat is now enabled with Honeycomb, and according to Google, it has been built to save bandwidth for cellular customers. After multiple attempts, Barra finally got hip-hop artist Cee Lo on video chat for some meaningless and awkward banter to show off the application.

The camera UI has also been revamped, and now resembles a less trendy Hipstamatic display. White balance and flash controls have also been improved.

CNN also talked about its new app built for Honeycomb. VP of mobile for CNN Louis Gump acknowledged that since “tablets are becoming a force in the marketplace…CNN wants to meet consumer needs on mobile. [We] want to be there for Android users.” Using the sliding panels of information, users can quickly jump between CNN video segments and news sections, as well as access live-streaming video from around the world. There’s also a built-in feature called iReport, allowing users to instantly capture and share video globally.

Honeycomb had to share a little spotlight with the Android Marketplace today. There have been some updates to the site, which we knew were coming after Google’s disappointment with the market. Some changes have been implemented with the user experience in mind, and others designed to lure in developers.

Most significantly, Android market webstore is now available online at market.android.com. Until now, the only way to browse and purchase apps was via tablet or smartphone. It feels like this has been a long time coming, what with Chrome’s addition of its Web Store and of course, iTunes. Now, users are able to install and purchase apps directly from a PC, determine what Android device they are intended for, and they seamlessly begin downloading.

The Web store itself is a boon for users, as well as developers. Developers are allowed almost complete control over the presentation of their app on the site, and are able to include high-res banners, promotional videos, as well as links to their other apps. Users are able to Tweet about apps they like, and if viewed via smartphone, the included link will land you into the official app store versus your browser, for more convenient purchasing.

How users purchase apps and how developers determine those rates is also changing. Now, developers can set specific prices for different currencies, in order to cut down on exchange rate conversion. This will begin rolling out over the coming months. More significantly, in-app purchasing will be enabled. The code and toolkit were released today, leaving developers one more way to turn a profit, even from customers who have already installed an app.

Video-editing app LumaFusion to get a Galaxy Tab S8 launch
Your iPhone may be collecting more personal data than you realize
The best walkie-talkie apps for Android and iOS
Five ways Android 13 has supercharged my Galaxy S22 experience
Apple’s making a big change to the iPhone 14 Pro’s controversial always-on display
I love the Oura Ring, but I’m increasingly worried about its future
Why GPS is critical to your smartphone — and desperately needs an overhaul
Kindle Black Friday deals just landed – save on Paperwhite and Oasis
Garmin watch Black Friday deals: Forerunner 45 and Vivoactive 4
How to block someone on WhatsApp messenger
Best stylus for tablets and computers: Top pens for note-takers and artists
Should you buy an iPad on Black Friday or wait for Cyber Monday?
Should you buy a phone on Black Friday or wait for Cyber Monday?