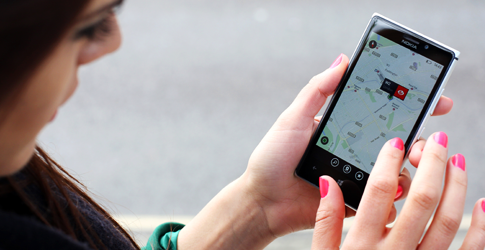 It doesn’t look like Nokia is done with producing subtly different incarnations of the Lumia 920, as according to a rumor published by WMPowerUser.com, the Lumia EOS could be yet another variation on a now familiar theme. The Lumia EOS is the codename supposedly given to the Nokia Windows Phone device which will finally bring the full 41-megapixel PureView experience to Microsoft’s operating system, and has also been referred to as the Lumia 1000. Until now, this is really all we had heard, but the source of this latest leak seems to have seen a prototype EOS, and has revealed a few more details.

Like the rest of the Lumia 920 family, it’s said to have a 4.5-inch AMOLED touchscreen with a 1280 x 768 resolution, and again, may be made from polycarbonate plastic. Whether a 925-like metal strip will feature isn’t stated. However, the design has been given another overhaul, and the body shell is tapered at either end to disguise the bulge used to conceal the over-sized camera lens and sensor. Apparently, it’s slimmer than the 808 PureView, and it’s speculated the 41-megapixel PureView camera technology has been refined enough that it’s much smaller than the system used for the Symbian phone.

A xenon flash could sit alongside the camera lens, just like the Lumia 928, and Nokia may add another new app called Nokia Pro Camera, which could bring a redesigned UI to the Nokia camera software. With the Lumia 925, Nokia added the Smart Camera app to improve action shots, and it will later find its way to other Lumia phones as part of a software update. However, before we get too excited, the rumor report says the prototype phone didn’t confirm it had the 41-megapixel camera onboard, as all that was marked on the chassis was “XX Megapixels.”

Still, it’s difficult to know how else Nokia would differentiate this phone from the Lumia 920, 925 and 928, all of which are equipped with an 8.7-megapixel camera, with only a few alterations to separate them. Nokia has certainly been watching Samsung, a company famed for churning out multiple rehashes of an existing device. However, should the Lumia EOS be equipped with a 41-megapixel camera, we’re quite willing to give Nokia a break this time around.

Nokia’s Jo Harlow said at the Lumia 925’s launch event that we should be on the look out for another phone from the manufacturer in the summer, and there’s a chance the EOS could be it.