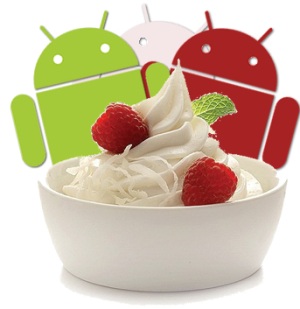 Google is beginning to run into an updating issue. While the search company continues to release new updates to its Android operating system at a staggering pace (one every few months), its users are not adopting the software upgrades as quickly. As of Nov. 1, 92.1 percent of users have migrated away from Android 1.5, but far fewer are running 2.2 Froyo, Google’s current OS release, which was rolled out to devices in July and August.

Here are the stats (and pet names):

These numbers come directly from Google’s Android Developer resource blog and were gathered by testing the number of devices accessing the Android Market in a given period of time. The company also notes that .1 percent of devices are running obsolete versions older than 1.5. While this obsolete number is low, the take on Android 2.2 is sluggish for an operating system that is automatically updated from the web. 77 percent of users are running 2.1 or higher. This becomes a challenge when developers wish to use the enhanced API tools of newer Android releases. If a developer codes to Android 2.2, only 36.2 percent of Android users will be able to use it. With Android 3.0 Gingerbread already around the corner, this upgrade lag may get worse.

Would it be wise for Google to start naming its operating systems after more delicious treats? Perhaps the general public just isn’t interested in eclair and froyos. Hopefully gingerbread will prove more intriguing.

(Edit: Readers have pointed out that many carriers, like AT&T, and manufacturers have held back Google updates to add in their own code to each release. Poor updating by Google’s partners could be a major reason for the lag in adoption.)