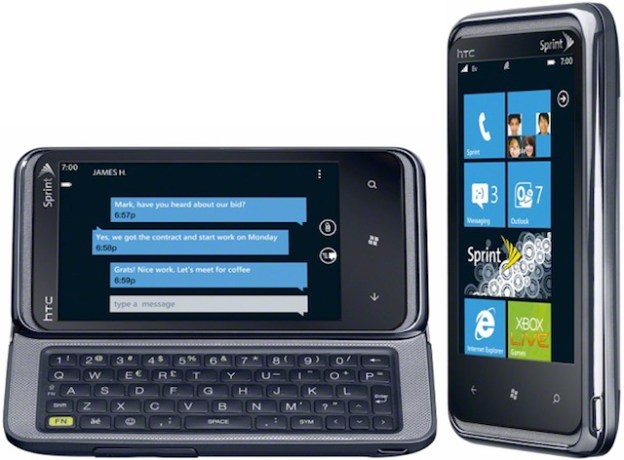 Seeing as HTC is one of the most popular Android phone makers it made sense to assume that during its September 1 press conference that they would announce something Android related. There is a report stating that the event will focus solely Windows Phone 7 devices.

Rumor has it that HTC will announce several WP7 devices at the press event. One of the devices will be called the Eternity which will have a 3.7inch screen and be available through AT&T. The second device named is the Omega which will feature a gigantic 4.5inch screen and will be offered through T-Mobile. There was no word on any other WP7 devices that will be shown off at the event.

There have been several rumors floating around linking HTC to future Android devices, so it is a bit of a surprise that the event will focus solely on WP7. The HTC tablet named Puccini has made its way through the rumor mill a number of times. From what we know about the tablet it will be available on AT&T’s LTE network and should come to the market sometime this year.

We also know practically everything about the HTC Bliss except a release date. The Bliss is HTC’s attempt at making an Android phone that is tailored to ladies’ needs and wants. Some of the notable additions to the Bliss include a soothing green color, and a light up charm.

Another possible wild card for the September 1 press event would be the introduction to the first HTC phone to include Beats audio. Even though the purchase of Beats took place recently it was said that the companies had been working on a phone since the beginning of the year.

It is exciting to hear that WP7 will get the spotlight, and hopefully we will see a wide range of devices on several networks.

Video-editing app LumaFusion to get a Galaxy Tab S8 launch
Google Pixel 7 Pro vs. Apple iPhone 14 Pro: Which pro phone is best?
Why the Pixel 7 Pro’s similarity to the Pixel 6 Pro is the best thing about it
How to preorder the Google Pixel 7 and 7 Pro right now
Google Pixel 7 vs. Google Pixel 6: What’s changed?
Apple comes clean with what it really thinks about iPhone 14’s Dynamic Island
Waiting for Touch ID on a new iPhone? This report has some bad news
Is the Apple Watch UItra too big? We took a bunch of photos to show you
Samsung Galaxy Watch 5 Pro vs. Galaxy Watch 4 Classic
Xiaomi’s new phone has a 200MP camera — and its photos are stunning
It’s official: Apple is required to make a USB-C iPhone by 2024
The Google Home app finally has the big redesign you’ve been waiting for
Relax, the EU’s scary USB-C rule won’t rob you of fast-charging benefits