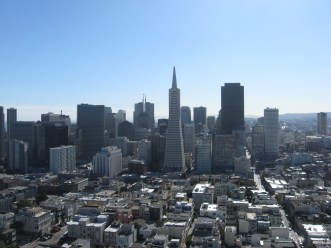 It seems somewhat remarkable that after years of studies on cell phone usage there is still no broad agreement on whether the devices adversely affect the human body.

San Francisco’s Board of Supervisors seems to think it knows. On Tuesday it voted overwhelmingly in favor of getting cell phone stores to warn customers about the hazards of radiation being emitted by their phones.

According to an LA Times report, the board voted in favor of the ordinance by a margin of ten to one. The latest ordinance needs the green light from San Francisco’s mayor, Edwin Lee, before becoming law.

If it does become law, cell phone sellers will have to post general warnings regarding radiation risks. They’ll also have to provide information on ways users can lower the amount of radiation to which they are exposed.

The LA Times also says that last year the same board voted in favor of a similar ordinance getting cell phone stores to give consumers information on each phone’s “specific absorption rate (SAR)” – basically, how much radiation is absorbed by the body.

That law was quashed in July last year after a wireless industry trade group argued in a suit against the city that such a rule would simply confuse consumers rather than help them when making a choice about which phone to use.

In May, the World Health Organization’s cancer research agency said that cell phones are “possibly carcinogenic.” Earlier this month, however, the results of a review by the Institute of Cancer Research said that despite the widespread use of cell phones, there had been no detectable jump in the number of tumors.

It could well be that the only risk connected to cell phones is that of a sore head as you constantly scratch it in confusion while trying to make sense of the multitude of conflicting reports.