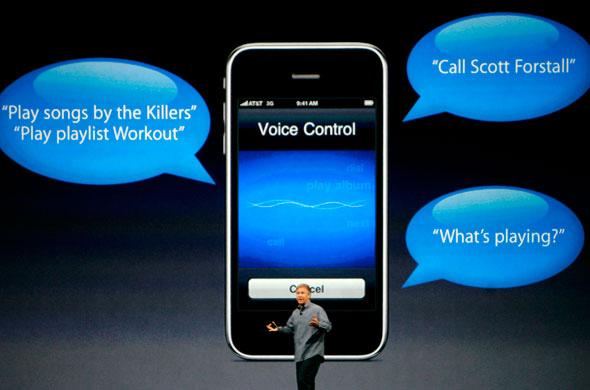 Tomorrow we’re going to hear a lot of new things about the state of the iPhone. All sorts of projections have been made and speculation has hit a fever pitch. But one thing we’ve already heard quite a bit about is deservedly getting some renewed praise before the iPhone 5 launch, the Assistant.

When Apple first began talking about its iOS 5 upgrade, one of the features we all keyed into was a built-in application called Assistant. Assistant will supposedly bring fully-integrated, native voice control to the iPhone 5 thanks to Apple’s acquisition of Siri.

IPhone owners might think the current state of voice control is adequate, but according to Siri’s co-founder Norman Winarsky, the lengths Assistant will take this to are staggering. In an interview with 9to5Mac, Winarsky says the launch of Assistant is a “world-changing event.”

He prefaces this by saying he has “no knowledge of what Apple plans to do with the Siri purchase,” but that it is very clear the company plans to introduce the first real step toward commercially available Artificial Intelligence with Assistant. “This is real A.I. with real market use,” he says.

Winarsky says this is the beginning of “another technology revolution. A new computing paradigm shift.”

Steve Jobs certainly thought so. He scooped Siri up for more than $200 million a few years back after it had barely been on the market. When the company first launched, Robert Scoble touted is as the “best example of what the Web will be,” and from the sounds of what it is capable of we’re inclined to agree.

Assistant will make it possible not only to interact with your iPhone more efficiently, but with outside apps as well. Siri amassed an impressive list of APIs that Assistant will assumedly have access to, meaning you can request information from a variety of popular apps which the built-in service will be able to find for you. An example of Assistant’s capabilities: You could request Assistant find you the nearest Thai restaurant, and then ask it to make you a reservation. It hooks into the OpenTable API and books the table for you at your requested time.

Now if Apple has made Assistant a priority (and given the hype, we’re hoping it has), we’d assume it’s adding to the list of 40 or so application APIs Siri originally had access to. Maybe this has something to do with the deep Facebook integration that’s rumored to hit the iPhone 5—you’d be able to ask Assistant to access things your Facebook friends are sharing and recommending for your scheduling purposes.

If this is the case, and the scope of its capabilities are as wide as we believe, than Assistant could easily steal a little spotlight from the iPhone 5 itself.