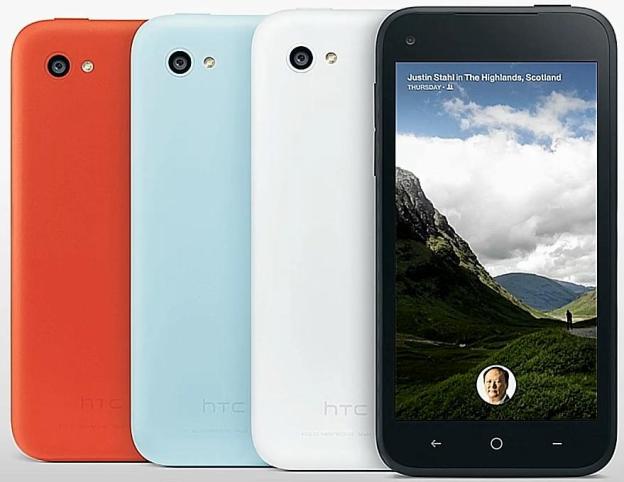 Poor HTC, it just can’t catch a break at the moment. Even though it has been estimated five million HTC One phones have been shipped since its launch earlier this year, the news is overshadowed by reports of executives leaving the company and now, the cancellation of the HTC First’s UK launch.

The First is the one and so far only Facebook phone, i.e. one which comes with the Facebook Home launcher pre-installed from the factory, and therefore a device which has been talked about for years. It should have been a success, but instead, its lowly spec failed to capture buyer’s hearts and soon after a drastic price cut by AT&T, rumors of its impending demise quickly followed.

HTC was planning to release the First in the UK exclusively through the EE network this summer, but a report by MobileNews.com this morning suggested the launch had been cancelled, and dismal sales in the U.S. were partly to blame. According to the site’s source, the HTC First will never go on sale in the UK, and, “Facebook has taken the decision not to give it a more widespread release.” Notice it says it was Facebook’s decision, and not HTC’s or EE’s.

Following the report, EE provided an official statement to Engadget, confirming the news. It said, “Following customer feedback, Facebook has decided to focus on adding new customization features to Facebook Home over the coming months … they have recommended holding off launching the HTC First in the UK.” EE says it will be in contact with those who may have pre-ordered a First shortly.

What’s interesting here is that it’s Facebook which has canned the launch, while it spends time, “working to make a better Facebook Home experience.” While HTC is the one suffering, having put in the time and effort to create a phone which won’t be sold, the back story here is Facebook may not be pulling in the amount of users it expected with Home, and is feeling the pressure to tweak the app. Having a phone go on sale with a version of Home it has lost faith in wouldn’t help its reputation. While the HTC First comes with Home as standard, it’s also ready to download as an app through Google Play, and Facebook has recently added the Galaxy S4, Xperia ZL and the HTC One to its list of compatible devices, such as the Galaxy S3.

At the time of writing the HTC First is still available with AT&T both online and in stores, but we’d imagine once the current stock allocation has been depleted, it may not come back.

Topics
Video-editing app LumaFusion to get a Galaxy Tab S8 launch
Trading in your iPhone with Apple? You’ll get less than yesterday
Beats Studio 3 headphones are $120 off today at Amazon
Yes, we really are completely spoiling the OnePlus 11 and Buds Pro 2 launch
How to get Apple’s Black History Month 2023 wallpapers for your iPhone and Apple Watch
The best phones in 2023: which smartphone should you buy?
You shouldn’t buy the Galaxy S23 Ultra — and that’s the best thing about it
Netflix for books: Get 2 months of Kindle Unlimited for free
The best Android phones in 2023: top 10 best ones you can buy
We have the Vivo X90 Pro, one of 2023’s most interesting Android phones
Forget the Steam Deck — this modded Android phone is a gamer’s dream
This Galaxy S23 Ultra case gives Samsung users a huge iPhone 14 feature
LastPass vs. 1Password: should you switch?