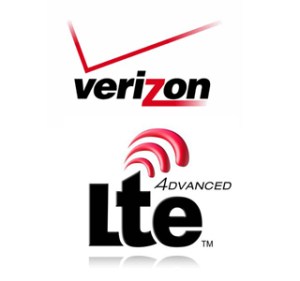 Verizon announced the nation’s first 4G LTE network last December, and unveiled its portfolio of 4G-enabled devices — everything from the Samsung 4G LTE Mobile Hotspot to the Motorola Xoom tablet — at this year’s CES.

In the past, Verizon has said it will route voice calls through its standard CDMA network, and reserve LTE for high-load data transfers. But according to Verizon’s executive director for ecosystem development, Brian Higgins, who spoke with CNN, the wireless company will begin sending voice calls, text messages and video content through LTE as well.

Higgins says Verizon will unveil the VoLTE (Voice Over Long-Term Evolution) service at the Mobile World Congress in Barcelona, Spain, next week, where they will demonstrate the new network on LG’s Revolution 4G smartphone. (When the Revolution 4G launches later this year, however, it will not yet be VoLTE-enabled.)

Verizon’s 4G LTE network is expected to allow download speeds of 5 to 12 Mbps, and upload speeds of between 2 and 5 Mbps, and will be as widely available as its current 3G network — the largest in the U.S. — by 2013.

In addition to improvements to the sound quality of voice calls, the 4G LTE network will also allow for better video chat quality. Customers who plan to use the newly-released Verizon iPhone 4 will, of course, be able to use the phone’s pre-loaded with FaceTime video chat functionality over Verizon’s current network. But LTE will make it far better, the company says.

Skype may already have an iPhone app. But the videos are grainy. Over LTE, that will be improved. In fact, Verizon and Skype are already working together on a video conferencing feature that will reportedly work on the LG Revolution (and probably other 4G devices).

Like T-Mobile’s HSPA+ network, and Sprint’s WiMax, Verizon’s 4G LTE is not, technically, true “4G,” according to the strict guidelines set by the International Telecommunications Union. But for now — and for the foreseeable future — it’s as good as we’ve got.

How to download the iOS 16 public beta right now