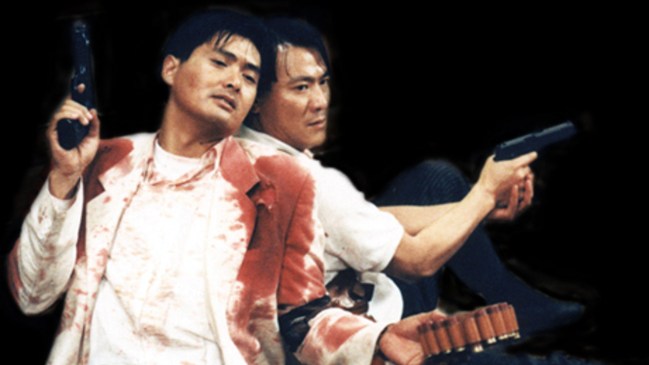 So what do you do when you are handed the rights to one of the most famous genre movies ever made? Do you restore it, perhaps even re-release it in the theaters? Maybe if it is a foreign film you could consider just re-recording the voice work for a new audience? Well, when it comes to Hollywood, a classic foreign film spells one thing: remake.

In an article that may prove painful to fans of the original, Deadline is reporting that the classic Hong Kong action film The Killer, the film that introduced millions of Western audiences to the Hong Kong action genre, helped make John Woo an international player, and introduced Western audiences to Chow Yun Fat, has slipped its final legal noose and is on the fast track to being remade.

The film has faced several attempts to remake it over the years, but legal issues, scheduling conflicts, and the odd run of bad luck prevented the film from ever getting off the ground. It appears that the issues have been resolved, and the movie is moving ahead. And it will be in 3D.

The film will star Korean actor Jung Woo-Sung (The Good, The Bad, The Weird, Reign of Assassins) who will take over the role that Chow Yun Fat made famous. The rest of the roles have yet to cast. The movie will be directed by John H. Lee, also known under the name Lee Jae-Han (A Moment to Remember, Saying Goodbye, Oneday), and Woo will remain on board as a producer. If you can look past the horror of remaking this film, it seems like they are going to treat it with a modicum of care and respect.  With Woo still attached, that could also give a glimmer of hope.

“While all my films are special to me, The Killer is truly one of my favorites.” Woo said. “We are thrilled to reinvent it as an English-language film and know it’s in capable hands by the incredible visual style and tender emotion John H. Lee brings to all his films.”

According to the press release, the story will take place in present day Los Angeles. In following the original plot, an elite assassin forms a bond with a beautiful singer that he accidentally blinded on an earlier job. When things go badly for the assassin, to protect the singer, he relies on the help of an LAPD detective who wants to catch him.

How Keanu Reeves John Wicked his way back to The Matrix

Chucky is your new A.I.-powered buddy in first trailer for ‘Child’s Play’ remake