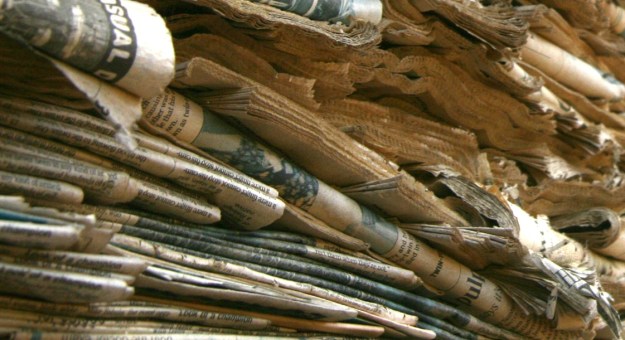 With new competition looming, Facebook is looking for new ways to hang on to its now 750 million users and avoid becoming the next social networking ghetto. One way the company is looking to keep users interested is by porting news over from select news outlets to app versions that can be read while on Facebook. These news publication apps will be called “Facebook Editions”.

According to Forbes, around a dozen news outlets are signed up to have their own app version to be browsed on Facebook. CNN, The Daily and the Washington Post are examples of the starting lineup, however, don’t look too hard for the New York Times as they are hanging back due to complications with their paywall. These Facebook Editions will start being available possibly in September.

Facebook’s like button is already widespread among online news sites, and these same sites have their own Facebook pages for fans but the Editions app would probably allow news purveyors the ability to customize Facebook interface, crafting a better mini-Facebook world for readers. The Forbes writer believes that the social networking site will probably ask for a piece of revenues and ad sales generated by these special apps.

The mentioned news companies had no comment on this new social networking feature. A Facebook spokeswoman said, “We have nothing new to announce. The top media sites around the world are integrated with Facebook and we’re constantly talking to our partners about ways to improve these integrations.”

Google+ is barely out and already has close to 10 million users. The two social networking competitors are battling out over key issues such customization, privacy, photos, video chat and Google+ apparently has a similar “Editions” idea in the works. The Forbes article quotes a news executive who said that Google was calling for partnering with “selected publishers that would offer up the choicest stories they were working on.” This competition between the two giants will most likely mean good deals for publishers and user experience as well.

Topics
How to use Twitter Advanced Search
WhatsApp down globally Tuesday morning
YouTube brings pinch to zoom and video navigation changes to everyone
How to create multiple profiles for your Facebook account
What do the eyes mean on your Snapchat Story?
Elon Musk finally in charge of Twitter, reports say
Elon Musk officially owns Twitter now: a timeline of how we got here
Twitter to start charging for verification mark, reports say
Having trouble accessing your Instagram account? You’re not alone
Elon Musk considers bringing Vine back from the dead
Staying on Twitter? Here are two ways to make it easier
Elon Musk now Twitter CEO after firing entire board
Twitter Blue is losing Ad Free Articles and Musk’s latest tweets indicate further changes