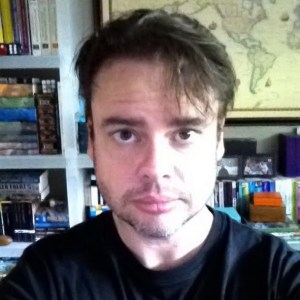 Last week, Google engineer Steve Yegge accidentally posted an epic 4,500-word manifesto publicly on Google+, in which he lambasted his employer’s handling of its new social network – he called it a “pathetic afterthought” – and painted Amazon’s chief executive, Jeff Bezos, as a tyrannical, micro-managing evil genius who doesn’t care about his employees. The well-written diatribe, which was intended to be a private memo only viewable by other Googlers, quickly made headlines across the web. Because of its harshly honest nature, many declared Yegge a goner at Google. It seems, however, that everything went better than expected.

Early this morning, Yegge published another post on Googe+ – intentionally public this time – as a follow up to his previous post, and to apologize for the “uncharacteristically unprofessional” criticisms he made of Amazon, where he worked for six years prior to his move to Google.

“Last week I accidentally posted an internal rant about service platforms to my public Google+ account (i.e. this one),” wrote Yegge. “It somehow went viral, which is nothing short of stupefying given that it was a massive Wall of Text. The whole thing still feels surreal.

“Amazingly, nothing bad happened to me at Google. Everyone just laughed at me a lot, all the way up to the top, for having committed what must be the great-granddaddy of all Reply-All screwups in tech history.”

According to Yegge, Google is “already figuring out how to deal with some of the issues I raised.” This, he says, shouldn’t be a surprise, as Google consistently manages to fix its shortcomings quickly and effectively.

“When they’re faced with any problem at all, whether it’s technical or organizational or cultural, they set out to solve it in a first-class way,” he wrote.

Yegge then continues to try to right his wrongs against Amazon by lavishing praise on Jeff Bezos.

Talking about presenting ideas to Bezos, based on his own success at doing so, Yegge writes: “Bezos is so goddamned smart that you have to turn it into a game for him or he’ll be bored and annoyed with you. That was my first realization about him. Who knows how smart he was before he became a billionaire — let’s just assume it was ‘really frigging smart’, since he did build Amazon from scratch.”

As with the original post, Yegge’s follow-up is a great read, and gives some rarely-seen insight into the behind-the-scenes worlds of two of the world’s most influential technology companies. I highly recommend reading the posts in full.

Amazon, Apple, Facebook, and Google will testify before Congress in July

What is a meme? Here’s everything you need to know