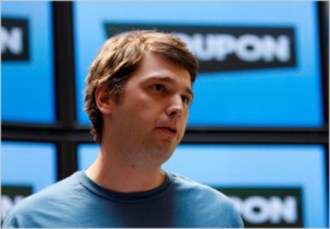 Groupon shares received a much-needed boost on Wednesday after its CEO, Andrew Mason, commented publicly for the first time since the company began trading on the stock exchange on November 4.

In a post on the daily deals site’s official blog, Mason announced that between Black Friday and Cyber Monday the Chicago-based company sold more than 650,000 special holiday deals, marking a 500 percent increase on last year’s figure.

In the blog post, Mason also commented on the events of the last month. “Our IPO process was a wild ride, but we’re excited to get back to business and are focused squarely on the future,” he wrote.

Investors will be relieved to see the share value making an about turn – on the first day of trading, they shot up to just above $31 but then slumped to around $15 earlier this week.

Fear of tough competition from rivals such as LivingSocial and Google Offers appears to be one of the factors that drove the share price down.

Groupon, which launched only three years ago, raised $700 million in its IPO at the start of November, making it the largest IPO by an American Internet company since Google raised $1.7 billion in 2004.

Mason ended his post by promising that there’s more new stuff on the way for Groupon customers, writing in the post: “We’ve got even more lined up for the next six months than we did in the last six months, so stay tuned!”