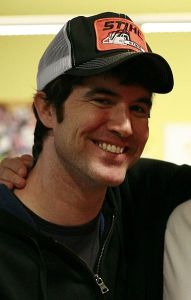 In a Google+ post yesterday, Myspace founder Tom Anderson weighed on the new social media rivalry. On a day overshadowed by Facebook’s new video calling feature, he suggested that the most valuable asset isn’t technology, but each company’s user bases: how large, and whether their products reflect an understanding of users’ behavior.

Anderson points to Facebook’s 750 million existing users as the biggest advantage over Google’s latest offering. This head start enables Facebook to implement new applications that are immediately usable by millions of users, right away.

“Some are complaining that the technology is not new, but that’s besides the point,” Anderson wrote. “MySpace also had one-on-one video chat back in 2004, [but] people weren’t really ready for it back then — now is the time, and Facebook has the userbase.”

Another key factor is whether Google and Facebook can parlay useful technology into something people would want to use. The difference may seem trivial, but Anderson points to Facebook’s old Friend List feature as a prime example: Though users wanted fine-grain control over privacy, few actually cared to comb through and divide friends into separate lists. With its next try, Facebook succeeded by putting the workload on users with the most incentive to do so.

“The Groups feature is designed in a way so that users who do care to do the work, can. Someone invites you, and you’re in the group without you having to take any action,” Anderson wrote. “They’ve grown quickly, even if 95% of the userbase can’t be bothered to make their own groups.”

Google+ offers a very similar feature in Circles, though the two have subtle advantages over each other. For Anderson, the “winner” will depend on which advantages users value most.