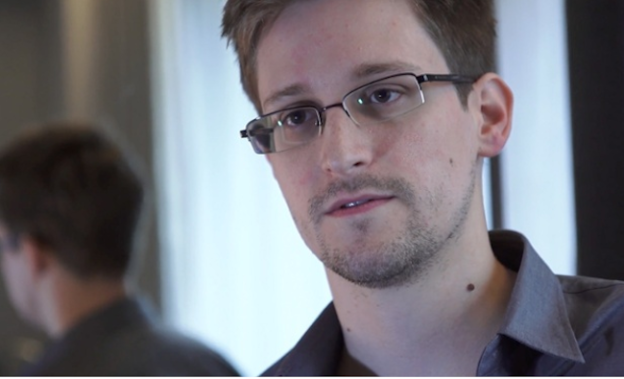 PRISM leaker and current Hong Kong resident Edward Snowden fielded questions from the public today in a Twitter Q & A organized by The Guardian. What an exciting opportunity to ask our generation’s (maybe) Dan Ellsberg about his motivations! What else he learned about the NSA? Does he expect to be prosecuted?

There are plenty of thoughtful questions we as a Twitter collective can ask the man who told us that the government’s surveillance efforts were far more extensive than many thought. But everyone on Twitter is a smartass.

While many people asked thoughtful questions, many… well, did not, and I just watched the Miss USA pageant so my standards for inane questions and answers are low.

Here’s a smattering of some of the TOP tweets at Snowden:

#AskSnowden should I wear a navy Polo shirt or a pink Lacoste throwback rugby jersey to my date tonight?

#AskSnowden Chipotle or Qdobo? This is a matter of life and death its almost lunchtime

#AskSnowden I have this mole on my neck, it’s oozing quite a bit, should I get it checked out?

#AskSnowden Is the tootsie pop owl correct? it only takes three licks to get to the Tootsie Roll center of a Tootsie Pop oris it all a lie?

OK, this one made me laugh, even though we need to lay off the Snowden girlfriend thing:

#AskSnowden How are you able to keep the goatee AND remain in a relationship with a woman? Asking for men everywhere.

#AskSnowden Can I hit it in the mornin’ without giving you half of my dough and even worse if I was broke would you want me?

#AskSnowden how many of my exs are checking out my myspace profile???

Vaguely more on topic than most:

#AskSnowden Why is waterboarding illegal, but SPANX are not?

Cosmopolitan magazine, an (ostensible) actual news source, asked this question and cemented its status as The Worstttttttttttttt:

@guardian Can’t help but wonder abt the interpersonal repercussions of your decision. What msg would you send your girlfriend? #AskSnowden

This one might be my favorite, but it’s definitely not a worthy use of a LEGITIMATE GOVERNMENT WHISTLEBLOWER’S TIME:

(Full disclosure, I re-tweeted it.)

Lest you look at these tweets and feel once again resigned to the fact that snark is now our new national register, there were also some very thoughtful questions posed at Snowden, and you can check out a summary of his answers to non-ridiculous questions at the Guardian’s website.

And in case you thought being a snarkaholic snarkmaster is just a Twitter thing, somebody already made a meme based on something Snowden said in the Q&A (to be fair, it’s a pretty out-there thing to say):

You can’t vote in the U.S. election by text, despite what Twitter ‘ads’ may say
Jack Dorsey’s Twitter account was hacked, but don’t worry, Twitter can’t see your Vine password
Twitter throws major shade at 50 Shades author E.L. James in Twitter Q&A
Slang or gibberish can’t escape Twitter’s expanded keyword search for advertisers
You can now use the Add Yours sticker on Reels for Facebook and Instagram
TikTok bans influencers from creating paid political ads
The 10 most popular TikTok accounts
Downloaded YouTube Shorts clips will soon include watermarks
Snap’s Pixy drone flies off into the sunset as it’s reportedly canceled
How to half swipe on Snapchat
YouTube is finally getting serious about podcasts
Breaking down the Twitter whistleblower allegations and how it affects the Musk takeover
Snapchat may owe you money just for using filters — here’s how to get paid