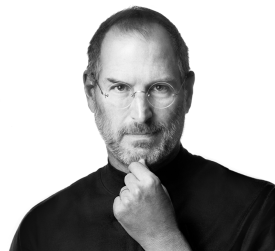 In a statement released this evening, Steve Jobs’ family said the Apple co-founder had “died peacefully….surrounded by his family.”

The statement said that while he was known as a visionary in public life, “in his private life, he cherished his family.” The statement also expressed thanks for people’s support and kindness.

Jobs died on Wednesday aged 56 following a long battle with pancreatic cancer. In January of this year he took what turned out to be his third and final medical leave of absence, and in August stepped down as Apple’s CEO.

Below is the full statement issued today by Steve Jobs’ family:

In his public life, Steve was known as a visionary; in his private life, he cherished his family. We are thankful to the many people who have shared their wishes and prayers during the last year of Steve’s illness; a website will be provided for those who wish to offer tributes and memories.

We are grateful for the support and kindness of those who share our feelings for Steve. We know many of you will mourn with us, and we ask that you respect our privacy during our time of grief.”

PayPal vs. Google Pay vs. Venmo vs. Cash App vs. Apple Pay Cash

How to secure your Wi-Fi network