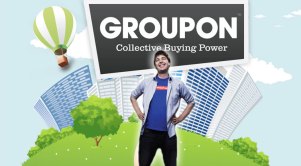 Despite a string of other companies stepping into the same daily deals market, Groupon appears to be doing just fine in terms of the number of subscribers jumping on board.

A Reuters report says that the company, which first hit the web less than three years ago, now has a colossal 115 million people signed up to its service. Reuters obtained the figure from “a person familiar with the situation.”

If the statistic is accurate, it means the company has increased the number of subscribers to its service by 65 million since the beginning of 2011.

Speaking to Reuters, Lou Kerner, vice president in equity research at Wedbush Securities covering social media and e-commerce, said: “There are few growth opportunities on the scale of companies like Groupon. That’s really what a lot of investors are seeking today.”

Groupon’s success has resulted in several big-hitters attempting to get their foot in the door of the group discount business, Amazon being the latest of the bunch. On Tuesday it announced Amazon Local, which will launch in a select number of US cities, including Groupon’s home city of Chicago.

In March, Microsoft’s Bing entered the fray with Bing Deals. You’ve probably heard of Google Offers and Facebook Deals as well, among others.

Reports surfaced recently about how some small businesses were growing tired of endless pitches from the various daily deals companies, an indication that the industry is reaching saturation point. One trader claimed to have had some 40 pitches in the last year from the likes of Groupon.

It looks to many as if the daily deals business is heading toward bursting point, and if it is, expect to see a few of the giants such as Google or Yahoo pull the plug on it. They certainly won’t be hanging around if it ceases to bring in the bucks.

You’re about to pay more for Amazon Prime