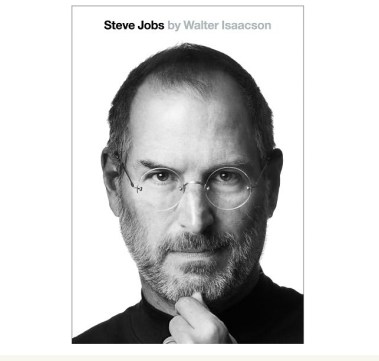 Those of you keen to get the inside story – the authorized one – on Steve Jobs will be pleased to learn that the release of Steve Jobs: A Biography has been brought forward four months by publisher Simon & Schuster. 9to5Mac spotted the information about the new release date – November 21 – on bookseller Barnes & Noble’s website.

Tracey Guest, director of publicity for Simon & Schuster, told the New York Times that the release date had been shifted because simply “the book is now ready.”

The book is the work of former Time managing editor Walter Isaacson. Isaacson, who has already penned popular biographies about Benjamin Franklin and Albert Einstein, has been working on Steve Jobs: A Biography for the last three years.

With 448 pages of Steve-related material, it should tell fans of the man everything they need to know about the Apple boss, and possibly a bit more. Content has been drawn from more than 40 interviews with Jobs himself, along with information gathered from family and friends.

The Barnes & Noble webpage listing the book calls the biography “the definitive portrait of the greatest innovator of his generation.”

According to 9to5Mac, Jobs made this comment about the forthcoming biography: “I’ve done a lot of things I’m not proud of, such as getting my girlfriend pregnant when I was 23 and the way I handled that. But I don’t have any skeletons in my closet that can’t be allowed out.”

Jobs cooperated fully with the writing of the book and was said to “put nothing off limits and instead encouraged the people he knew to speak honestly, even foes, former girlfriends, and colleagues he had once fired or infuriated.” Should make for an interesting read then.

To find out all about Steve will cost you $20.40 for the hardcover edition. And no doubt, just like his iPhones and iPads, it’ll fly off the shelves.

How to download a video from Facebook
Are VPNs legal? Can you get in trouble for using them?
The best free VPN for 2022
Install these Chrome extensions on your relative’s new laptop
How to save a webpage as a PDF
How to download music from YouTube
How to find archived emails in Gmail and return them to your inbox
How to sync your Outlook Calendar with your Google Calendar
How to block an email address in Gmail
How to easily log in to multiple Gmail accounts at once
How to change your Yahoo password
How to download Vimeo videos to your PC and phone
Kaspersky VPN should be your go-to for secure connections and privacy