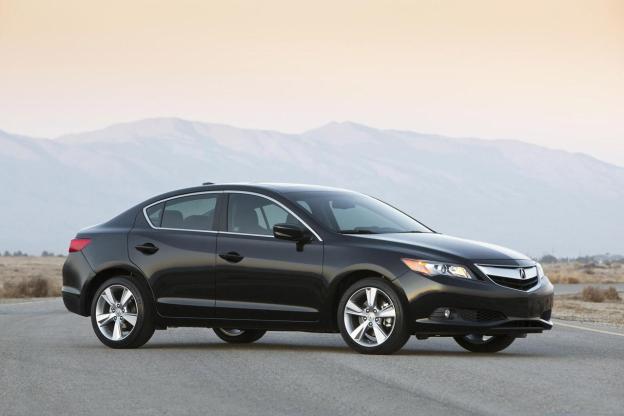 Car watchers call the second year of a new model the “sophomore slump” because, after going through the trouble of creating an all-new car for year one, what is there to change for year two?

Acura apparently found a few things on the compact ILX sedan that needed changing. After just one year on the market, the Civic-based ILX is set to receive a few upgrades.

Most of the changes are on the inside. Acura re-skinned the ILX’s leather seats and door cards, and the seats now come standard with heat. The driver’s seat now comes with eight-way power adjustment, too.

There’s also an enhanced audio system with a new subwoofer and the Active Noise Cancellation tech from the Honda Odyssey minivan. As with 2013 models, USB and iPod interface allows drivers to enjoy the sound, with Song By Voice voice control as an option.

On the safety front, the 2014 ILX comes with Acura’s Multi-Angle Rearview Camera. It tops an existing list of safety features that include a cadre of six airbags, Vehicle Stability Assist, and the Advanced Compatibility Engineering (ACE) unibody chassis.

That’s still more changes than took place underneath the skin. The 2013 ILX’s 2.0-liter, 150 horsepower inline-four and 2.4-liter, 201 hp four carry over, as do the five-speed automatic and six-speed manual transmissions.

The ILX Hybrid, with its 1.5-liter engine, continuously variable transmission (CVT), and electric motor, will probably return for 2014 as well.

Since it’s still basically a Civic when you strip away the Acura badges, the ILX was never going to set the luxury car segment on fire. If nothing else, the extra options Acura is adding for 2014 will help push it away from that economical Honda.

The ILX isn’t a bad car, but it’s not great either. These updates will make it a little better, but they aren’t the huge changes needed to lift it above its rivals.