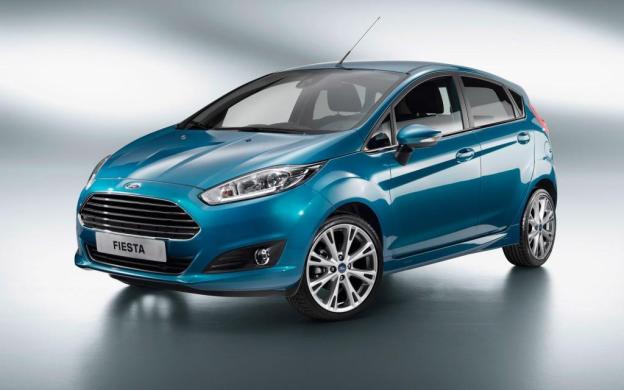 Almost five years ago, Ford gave the keys to its new Fiesta subcompact to a handful of social media barons, in the hope that they’d extoll the car’s virtues to their many followers. You might have noticed that the streets aren’t exactly full of Fiestas, but Ford is still giving its Fiesta Movement marketing campaign a second try.

At New York’s Social Media Week, Ford said it is looking for 100 influential people to “convey the unique personality and attributes of the new 2014 Ford Fiesta in an entirely different way.”

Actually, Ford seems to be doing things the same way as Fiesta Movement 1.0. As with the first campaign, the 100 participants, or “agents,” in Fordspeak, will get to do whatever they want with their Fiestas, and document their experiences on the full spectrum of social media sites.

Since Ford wants to sell Fiestas to young, tech-savvy buyers, the benefits of Fiesta Movement are obvious. In return, the agents get additional exposure from their association with Ford, and a free car to drive around for six months.

Like the original Fiesta Movement, Ford will augment the social media content with more traditional advertising, as well as promotional events tied to American Idol, Bonaroo, and the X Games.

Despite doing well with young buyers, the Fiesta’s sales have been slipping. They were down 17 percent last year, even as the rest of the car industry continued to recover from the Great Recession.

The 2014 Fiesta does include a few upgrades that are worth tweeting about. It’s new front fascia matches the larger Fusion’s, and inside is Ford’s MyFord Touch infotainment system (which, admittedly, has gotten mixed reviews) and improved Sync voice recognition.

Ford will also equip the Fiesta with a fuel-sipping 1.0-liter, three-cylinder engine. A sporty ST model with 180 horsepower is also a possibility.

If you consider yourself a social media influencer, or just want a free car, Ford is accepting applications at FiestaMovement.com.

Topics
Ford will sell some Explorer SUVs with missing features
Is your check engine light on? Here are 10 possible reasons why
The best used car websites for 2022
Every car compatible with Apple CarPlay
Apple’s rumored car could cost the same as a Tesla Model S
Bowers & Wilkins and McLaren launch special-edition Px8 headphones
CES 2023-bound Ram Revolution concept previews electric pickup
What is a Tesla Supercharger?
Rivian adds Snow Mode through software update just in time for winter
Tesla used car market no longer as lucrative, data shows
What to expect at CES 2023, from mondo TVs to EVs
Kia EV6 GT first-drive review: putting a little more fun into EVs
How to charge your electric car at home