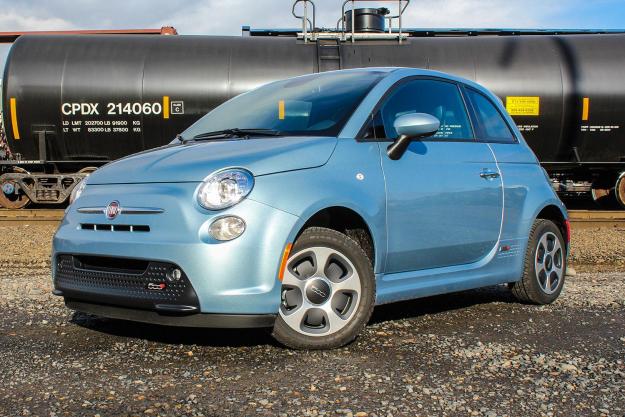 “The addition of electric power to the FIAT 500 has changed the car from retro homage to compelling, charismatic, and consummate city car.”

The FIAT 500e EV is a strange car, not only did its architects not want to make it, they would really prefer that no one buys it. Unfortunately for Sergio Marchionne, FIAT’s CEO, any automaker seeking to sell cars in California has to offer a zero emission vehicle. So the 500e must exist.

Why does FIAT not want anyone to buy the twee EV? Marchionne claims that each 500e loses FIAT Chrysler Automobiles money … $10,000 per car, to be exact. If that’s his case, he really should have told his engineers to phone it in just a bit more, because, despite some serious flaws, the 500e is a charismatic and compelling little car.

Better than the original?

While the muscular little 500 Abarth gives the Cinquecento (500 in Italian) lineup some major performance cred, the standard gas powered car is decidedly weedy. Compared to the standard car, the electric 500 is a revelation. The 500e may not exactly live up to the performance standards of some of the Abarth, but it does have 111 electric ponies to its name, as well as 146 pound-feet of torque.

That may not sound like much, but this is electric power, which means it is all available from zero rpm. The practical result of this is that the little FIAT bucks and zips like a thoroughbred racehorse. Acceleration is particularly shocking from zero up to around 40 mph. From there the acceleration tails off thanks to the electric motor’s lack of gearing.

Dynamically, all this torque can cause some real drama. With the stability control off, it is easily possible to break traction on the front wheels. It’s not just burn-out-y fun, though; full throttle produces under-, torque- and various other types of steer, which makes driving in a straight line rather difficult. Accordingly, it isn’t exactly what I would call composed … but it is a heck of a lot of fun.

In fact, with its small wheels, short wheelbase, and extremely light weight the electric FIAT drives like a racing go-kart. The added power makes it possible to take advantage of the 500’s lively suspension in a way that just isn’t possible in the standard car.

The little FIAT is the consummate city car, designed for getting around in congested urban centers. The addition of electric power has helped this even more.

With its electric torque, it is able to dart and zip through traffic, and make it into narrow gaps. Its extremely small footprint also allows it make the best of congested roads, not to mention tiny parking spaces. Despite its large pillars and kitschy styling, the 500e also has good visibility for maneuvering in tight parking lots. Its small overhangs also allow the driver to get a view around otherwise blind corners.

With its small wheels, short wheelbase, and extremely light weight the electric FIAT drives like a racing go-kart.

Show the 500e the open road though and a few flaws appear. On the highway the FIAT’s small tires and short wheelbase find divots and grooves in the pavement, requiring constant adjustments to keep the car pointed straight. It isn’t unsafe, but nor is it restful.

Fortunately, FIAT has added additional sound deadening material to make up for the lack of an engine note. This does help keep the 500e quiet under most conditions, but my press demonstrator had some noticeable wind noise coming from the windows at highway speed.

Then there is of course the big killer: range. This is where the relatively unplanned nature of the 500e rears its ugly head. Based on its official range and my experience during the week, I would say that a full charge should take the drive between 60 and 80 miles. This is more than enough for the average daily drive, but does present complications for anything more ambitious.

Granted, even most dedicated EVs can’t make it more than around 100 miles on a charge, but even 20 miles more range can make a big difference.

During my time with it, I was forced to charge, the 500e off of standard 120-volt wall power, which takes a lifetime and a half. Anyone who actually owned the car would be making use of a level two charger. According to FIAT, the 220-volt level two charger will completely charge the car in under four hours, which is reasonable.

I drive a lot of cars, and the reactions aren’t always what I expect. That being said, it was no surprise whatsoever that the cute little 500e drew more female attention than anything else I have driven in the past year.

In a word the 500e is cute, and, thanks to its cuddly environmental credentials, it will make polar bears just as happy as socially responsible ladies.

The physical changes to the car in its electric form are minimal but enough to breathe some new life into an aging exterior. The 500e gets a new grill, e-badging, a digital instrument cluster and new wheels. From a distance, the average onlooker might be hard pressed to tell the difference. But the grill and the new instrument cluster give the car a nice retro-futuristic touch.

It also helps cover the fact that the 500 is otherwise an old car. The interior is cute and well designed, but, thanks to its lack infotainment and wide array of hard black plastics, starting to fall far behind its competitors.

Still, for the people who saw and admired this car none of that seemed to matter.

My press demonstrator had a price tag of $32,300. A federal tax credit of $7,500 is available to help, and in California — one of only two states where the 500e is for sale, including Oregon — an additional $2,500 is available from the state government. This is good because frankly, at $32,300 it’s hard to justify the little FIAT. However, when the price comes down its pretty easy to make a case for the car as a second vehicle.

For a two-car family, the little FIAT makes a lot of sense. It can handle the daily commute and errands, but won’t be pressed into service as something it’s not. In a way, this is no different than the gas powered car, which, despite unlimited range, is not a great highway cruiser, and doesn’t have the space for many tasks.

So while FIAT may not like the idea, for people interested in the 500 that’s easy on the polar bears, the 500e is almost certainly the way to go.