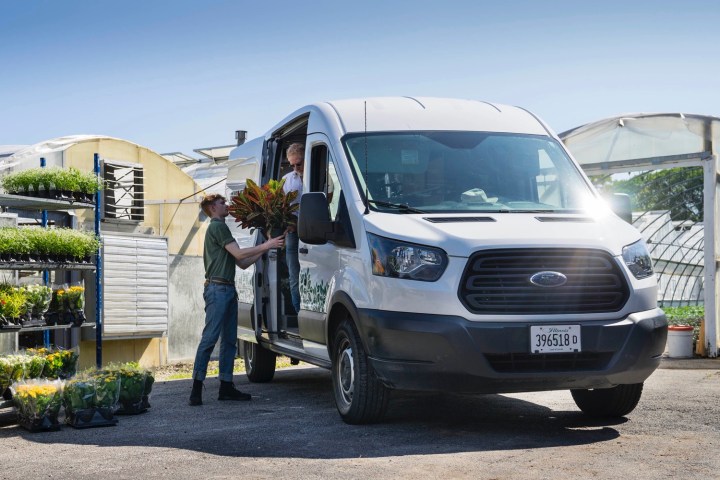 The food truck craze may be more than just a passing fad, Ford believes. The Detroit automaker, which sells more commercial vans than any other manufacturer, claims that many businesses are buying vans in place of operating out of brick-and-mortar stores. Capitalism is going mobile.

“This trend sits right at the intersection of craft and convenience,” Sheryl Connelly, Ford’s chief futurist, said in a statement. “We all saw this start with the food truck trend, but as we shift away from commodity purchasing and toward personalized retail experiences, we’re seeking a more meaningful connection with brands — one that turns commonplace transactions into memorable moments. So being able to build out a van to suit that experience is a new way to imagine a brand.”

Ford also has some concrete numbers to back up that spiel. Year-over-year sales of the automaker’s Transit van are up 1.9% overall, but Ford also notice a 5.3% increase for fleets ranging from one to five vans. It’s those smaller businesses that Ford claims are using their vans in place of fixed storefronts.

The van life holds several advantages for small businesses. Buying a new van is much cheaper than leasing real estate, and vans allow businesses to go to their customers. Owners can set up shop outside a corporate office, festival, or school campus, depending on where they expect people to be, Ford noted. Vans also double as rolling billboards. According to an Out of Home Advertising Association of America study cited by Ford, 64% of respondents noticed a vinyl-wrapped vehicle advertisement within the past month, while 44% notice one within the past week of being surveyed.

Mobility also means businesses are more readily accessible to customers. Ford cited two examples of businesses that bring their services directly to customers. Sarasota PopCycles fixes bicycles out of a Ford Transit, so riders don’t have to deal with the inconvenience of lugging a bicycle to a brick-and-mortar shop. Plant Parenting acts as a veterinary service for plants — complete with house calls.

Thanks to an infusion of technology, many modern vans are also well equipped to function as mobile offices. The Ford Transit has a built-in WiFi hot spot which can support up to 10 devices, and which works up to 50 feet away from the vehicle, according to Ford. The latest Mercedes-Benz Sprinter gets the same MBUX infotainment system used in the automaker’s luxury cars, and can be configured in 1,700 different ways, according to Mercedes. Nissan even built an electric ice cream truck, showing how electric power could be added to future mobile businesses.