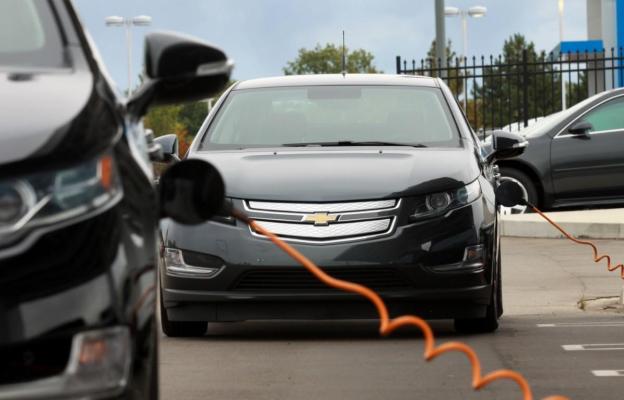 General Motors signed a “Climate Declaration,” stating that responding to climate change is good business. GM says it is the only carmaker among the 40 U.S. companies to sign the declaration – so far.

The Declaration is part of a campaign organized by Ceres, a sustainable business advocacy group, and its Business for Innovative Climate & Energy Policy (BICEP) subgroup. GM announced its participation at the Ceres Conference in San Francisco on May 1.

“We want to be a change agent in the auto industry,” said Mike Robinson, GM vice president of Sustainability and Global Regulatory Affairs.

GM is already doing a few things to make the Climate Declaration more than a hollow promise.

The biggest of the Big Three hopes to reduce the energy requirements of its facilities by 20 percent by 2020. The company says some of its facilities have already reduced their energy consumption by 26 percent, and claims it is the number one automotive user of solar panels.

Of course, GM also produces green vehicles like the Chevy Volt and Spark EV, and the Cadillac ELR.